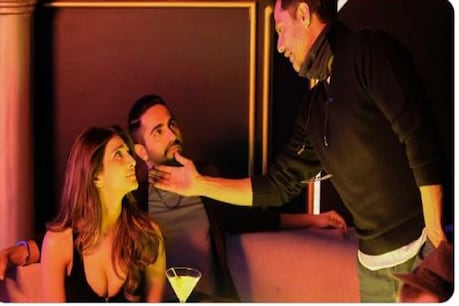 Mumbai : The release date of Bollywood actor Ayushmann khurrana’s upcoming romantic film ‘Chandigarh Kare Aashiqui’ has been told in a unique way. Ayushmann has given information about the release date of the film by sharing a shirtless picture on social media. Releasing on 9 July, the film stars Vaani Kapoor and Ayushmann Khurrana in the lead roles.

Ayushmann Khurrana has shared a photo on Instagram in which he is seen shirtless. He has a clip board in his hand. The release date of the film has been written on this clipboard. The caption with this photo reads, ‘These are just an release date release. The trailer is left and the picture is also’. It has been written with the hashtag ‘Chandigarh Kare Aashiqui’ in theaters on 9 July 2021. Lead actress of the film Vani Kapoor shared a picture of the shoot from the film and wrote on Twitter, ‘Sugar, Spice and Everything Nice. ‘Chandigarh Kare Aashiqui’ is ready for release on 9 July 2021 ‘.

Talking about the work front, Ayushmann Khurrana is currently shooting for Anubhav Sinha’s film ‘Many’. Apart from this, Rakul will also be seen in ‘Doctor Ji’ with Preet Singh, while Vani Kapoor is filming Akshay Kumar starrer ‘Bell Bottom’ and ‘Shamshera’ with Ranbir Kapoor.