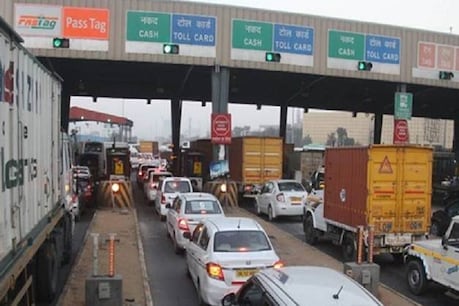 how to get free FASTag

The National Highway Authority (NHAI) is engaged in making toll tax collection centers cashless across the country. For this, NHA has made the use of FASTag necessary. People should start using FASTag as soon as possible, for this NHAI has announced to give FASTag for free. NHAI has said that it will give FASTag for free till 1 March.

New Delhi. The National Highway Authority (NHAI) is engaged in making toll tax collection centers cashless across the country. For this, NHA has made the use of FASTag necessary. As soon as people start using FASTag, NHAI has announced to give FASTag for free. NHAI has said that it will give FASTag for free till 1 March. Now a charge of Rs 100 was used for this. But till 1 March it has been completely free. So that people can buy Fastag as soon as possible.

How is the price of Fastag being decided?The cost of the fastag depends on your vehicle to cross the toll plaza without interruption. Apart from this, the cost of the fast issuing bank and its security deposit policy is also fixed. If you buy the fast tag for the car from Paytm, then you will incur 500 rupees. It has Rs 250 refundable security deposit and 150 minimum balance. If you buy from ICICI Bank, then you have to keep Rs 99.12 for the tag and Rs 200 as the minimum balance. The National Payment Corporation of India has fixed the price of Fastag at Rs 100. Apart from this, a security deposit of Rs 200 has to be given.

read this also- Great news for home buyers: Construction of flats stuck for years, will be completed from April ..

Check fastag balance with missed call
To check the balance in Fastag, first open the Play Store and Apple Store on your mobile. After this, download the My FASTag app. Open the app, login and check your bull. Apart from this, NHAI also provides missed call alert facility to vehicle owners. Those who have registered their number with prepaid wallet, they can know the balance by making a missed call on 8884333331.

Fastag mandatory on toll plaza from 16 February
It is worth noting that the Central Government has extended the time limit for imposing FASTag on vehicles many times. Recently, Union Minister Nitin Gadkari made it clear that now its deadline will not be extended further. After this, Fastag was made mandatory at the toll plaza of the country from midnight of 15 and 16 February to 12 noon. Now, if your car is not fastened, then you will have to pay double toll tax or penalty (Double Penalty) for crossing the toll plaza. NHAI has said in a statement that FASTag was made mandatory in the country from 12 midnight of 15-16 February. Due to this, more than 2.5 lakh FASTag were purchased within two days.