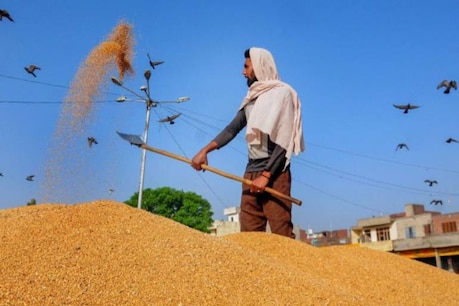 Government gave these instructions to Punjab and Haryana

The central government will release an additional food subsidy of Rs 3 lakh crore in February and March for the remaining 2 months of the current financial year 2020-21.

New Delhi. The central government will release an additional food subsidy of Rs 3 lakh crore in February and March for the remaining 2 months of the current financial year 2020-21. The government aims to clear earlier backlogs. The Food Ministry gave this information on Friday. The Food Ministry has given strict instructions to Punjab and Haryana on Friday to make MSP mandatory for their crops through digital payment. According to the information given by the ministry, the rule of MSP payment from e-mode has been implemented in the whole country, but from 2015-16, Punjab and Haryana have been postponing it continuously but this time they will not get relief.

Explain that the government provides food grains at subsidy under the National Food Security Act (NFSA) and other welfare schemes. The central government provides more than 8 million people per month with 5 kg of wheat and rice at the rate of Rs 2-3 per kg.Also read: RBI Kehta Hai: RBI’s unique style against banking fraud, watch rap video

Transparency will come through electronic payment

The ministry said that by paying farmers, agents and mandis electronically, transparency will be ensured and leakages can be eliminated. The central government says that from 2015-16, Punjab and Haryana are being asked for electronic payment but every year the governments of both states demand extra time to implement it but this time they will not be given relief. .

MSP payment is applicable online across the country
According to the ministry, online payment of MSP has been implemented in almost the entire country except Punjab, Haryana. In Punjab and Haryana, MSP payment from e-mode is partially applicable and this time payment for paddy was done through e-mode only.