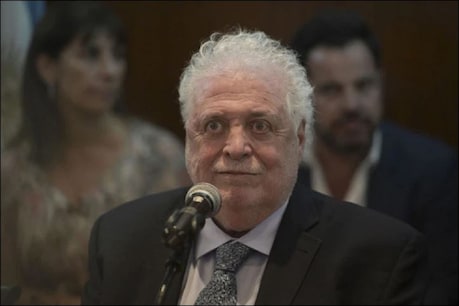 Argentina’s President Alberto Fernandez has asked the Health Minister to resign amidst the controversy over the Kovid-19 vaccination (Corona Vaccination).

Buenos Aires. Argentina’s President Alberto Fernandez has asked the Health Minister to resign amid controversy over vaccines being given to people outside the priority group for the Kovid-19 vaccination (Corona Vaccination). The Health Minister has been accused of recommending the vaccine to a well-known local journalist, despite not being named in the priority group for Kovid-19 vaccination.

The President asked his ‘Chief of Staff’ to instruct Health Minister Guinness Gonzalez Garcia to resign. Garcia was also in charge of the government’s strategy to deal with Kovid-19. Gonzalez Garcia did not say anything publicly about the request for resignation but an official said that he is no longer part of the government. Horacio Verbitzki, a journalist, said that he had requested Minister Garcia to be vaccinated and the minister called him to the Ministry of Health and was given a dose of Sputnik V vaccine on Friday.

This is not an isolated case in Argentina. There have been many cases that vaccines have been given to mayors, MPs, activists, people close to the power even though they were not named in the priority group. However, as a priority, vaccines are to be given to doctors, health workers and the elderly first in the country. In Argentina, Kovid-19 has infected 2 million people and killed 50,857 people.