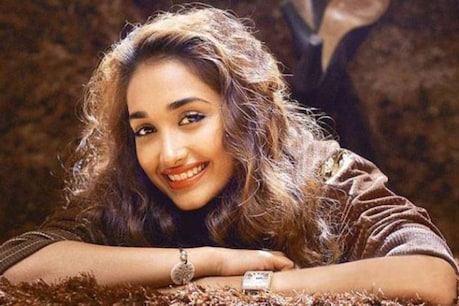 The BBC has made a documentary series on the death of Jia Khan. (Instagram)

Birthday Special: When Jiah Khan (Jiah khan) was 16, she was about to start her Bollywood career with the film ‘Tumsa Nahi Dekha’, but for some reason she could not make it.

New Delhi. Bollywood actress Jia Khan (Jiah khan) was born on February 20, 1988 in New York to Ali Rizvi Khan and Rabia Amin (Rabiya Khan). His real name was Nafisa Rizvi Khan. When Jiah Khan was just two years old, her father left the house. Jiya Khan was about to start her Bollywood career with the film ‘Tumsa Nahi Dekha’ when she was 16 years old, but for some reason could not make it. He then started his Bollywood career with the controversial film ‘Nishabd’, in which he was accompanied by Amitabh Bachchan.

Jiya Khan (Jiah khan) ‘s mother Rabia Amin has also been an actress. Also, Jia Khan’s aunt Sangeeta (Parveen Rizvi) and Kavita (Nasreen Rizvi) were Pakistani actresses. Jiya Khan had seen ‘Rangeela’ at the age of 6 and after watching this film, she became fond of acting. Zia Khan loved Shahid Kapoor and because of this, Ken Ghosh’s film was also removed from his hand. Jiya Khan had almost finished shooting for Shahid Kapoor with Chance Pe Dance, but later Ken Ghosh had removed Genelia D’Souza from the film. There was a lot of controversy over this too.

Jiah Khan was part of some successful films in Bollywood, but her untimely death surprised the country and many things were revealed after her suicide. On June 3, 2012, he committed suicide at the age of 25 in his home in Mumbai. After this, his mother accused actor Suraj Pancholi of provoking Jia Khan to suicide. Suraj Pancholi was Jiah Khan’s boyfriend at that time.

Jiya Khan had gone through a lot of pain before her death. Before committing suicide, Jia Khan wrote a 6-page letter, in which he accused his Suraj Pancholi of abortion and assault. In this case Suraj Pancholi was also behind bars for some time. However Suraj Pancholi never held himself responsible for Jia Khan’s suicide. She had said that Jia Khan was very burdened with work at a young age and due to this she was mentally disturbed. Recently BBC has made a documentary series on the death of Jia Khan, which aired after Viewers are accusing the Mumbai police of failing to track the main evidence. In this series, Jia Khan’s mother has claimed that her daughter has been killed. Also in this series, there is a discussion of Suraj Pancholi and the suicide note in which Jia Khan wrote about his difficult relationship with Suraj Pancholi.