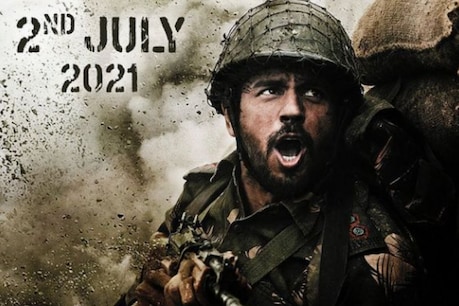 Shershaah Release Date Out: Siddharth Malhotra and Kiara Advani starrer ‘Sher Shah’ release date has also been revealed. Karan Johar has announced the release date of ‘Sher Shah’ on social media. According to Karan Johar’s post, the film will be released in theaters on July 2, 2021.

Karan Johar has shared a post on social media, with which he has announced the release date of the film. While sharing this post, he wrote- ‘The untold story of Captain Batra is ready to be told on the big screen. We are honored to show his journey. Sher Shah will be released in theaters on July 2, 2021. In which Siddharth Malhotra and Kiara Advani will be seen together. Vishnu Vardhan has directed the film. For a long time, Siddharth Malhotra and Kiara Advani are also in the news for their relationship news. Both of them went to celebrate New Year as well. Both had celebrated New Year in Maldives. Although there was no picture of both of them together, but it was being guessed from the locations that both of them have celebrated New Year together. At the same time, both have been spotted together. Due to which the discussions of dating each other are in full swing.