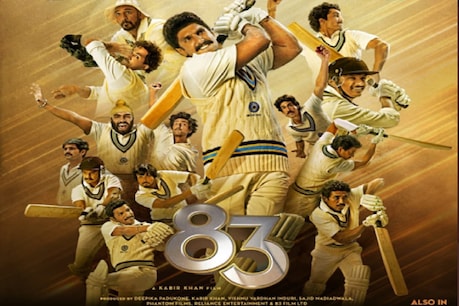 Ranveer Singh is all set to entertain the fans with the role of Kapil Dev in his upcoming film ’83.

Shibashish Sarkar, CEO of Reliance Entertainment, said that, ‘India won the World Cup on 25 June 1983. We will release the film on June 4 and it is expected that the film ’83 will prove to be a blockbuster hit by June 25.

Mumbai. Bollywood actor Ranveer Singh is desperate to make a big splash. He is all set to entertain the fans with the role of Kapil Dev in his upcoming film ’83. The film is based on Team India winning the Cricket World Cup for the first time in 1983. The film was scheduled to be released on the big screen in April 2020, but due to the corona virus epidemic, the release date was extended by a year. The makers of ’83 recently announced that the film will now be released in theaters on June 4.

Interestingly, despite making the film on the first major achievement in cricket, the country’s most popular sport, the makers chose not to release it on any festival. Revealing the real reason behind choosing the date, Reliance Entertainment CEO Shibashish Sarkar said, ‘India won the World Cup on June 25, 1983. We will release the film on June 4 and hope that it will do justice in paying tribute to the real heroes of 1983! ‘ So with the release of ’83 on 4 June, the makers are hoping that the film will be a blockbuster hit by 25 June, just as India made history by winning the World Cup of Cricket on 25 June 1983.

Directed by Kabir Khan, ’83 will feature actors like Tahir Raj Bhasin, Saqib Saleem, Hardy Sandhu, Amy Virk, Jiva, Pankaj Tripathi, Boman Irani, Nishant Dahiya, Sahil Khattar and Amrita Puri. In the film, Ranveer will be seen in the role of Kapil Dev, captain of the Indian team, while Deepika Padukone will be seen as the wife of ‘Kapil’. Incidentally, ’83’ will be the first onscreen film after Ranveer Singh and Deepika Padukone’s wedding in 2018. Ranveer is busy with his upcoming Rohit Shetty film ‘Circus’.

The film is based on William Shakespeare’s play ‘The Comedy of Errors’. Apart from this, Ranveer Singh will be seen in Rohit Shetty’s film Suryavanshi. In the film, he played the role of a police officer. At the same time, Katrina Kaif is also a part of this film, which will appear opposite Akshay Kumar. Let us tell you that the film ‘Suryavanshi’ was to be released in March this year, but due to Corona virus, it was postponed.