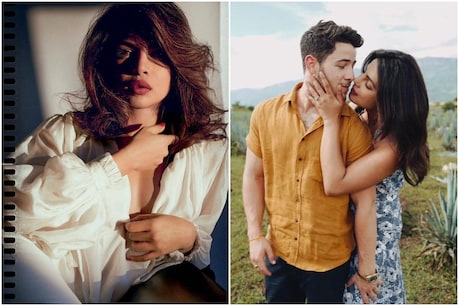 Priyanka Chopra’s husband Nick Jonas has posted a cute video in which he is very happy and looks emotional with the surprise he met his wife.

New Delhi Actress Priyanka Chopra (Priyanka Chopra) has millions of fans in the world today, but she is now the addict of only one person, she is her husband Nick Jonas. This relationship is growing day by day. Often the news of their love becomes headlines. Fans also like Nick and Priyanka’s chemistry. Recently, Priyanka’s husband Nick Jonas has posted a love-filled video. He has put this video on his Instagram account. Priyanka is not seen in this video, but Nick is seen saying something about her beloved wife.

This video was shared by Nick Jonas about 4 hours ago. He wrote in the caption of the video, ‘My wife has surprised me with this love and respect. Thank you @Priyanka Chopra. You are the best. ‘ Actually, Nick is showing a room, which is very beautifully decorated. You can see many white colored balloons in the room, which is decorated with love theme.

So far this video has been viewed nearly 7 lakh times. Let us know that Priyanka is preparing to freeze completely in Hollywood. She also often tells her fans about her efforts. This couple is constantly working on her grooming. Let us know that Priyanka was recently seen in the Netflix series ‘We Can Be Heroes’ and ‘The White Tiger’. He is currently busy shooting for the Amazon series ‘Citadel’. Richard Madden and Ashley Cummings are also working in it. Apart from this, Priyanka has many more films, including ‘The Matrix 4’, ‘Text for You’ and a romantic comedy with Mindy Kaling. Apart from this, she is also working on Amazon’s series ‘Sangeet’.

The book ‘Unfinished’ helps to know Priyanka’s life closely. Anyone reading this can know how she became an Bollywood actress, then an international figure, from an ordinary girl. He has told many funny stories of his life in his book.