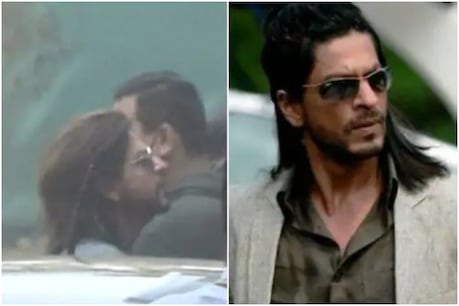 This year, Shahrukh Khan’s ‘Pathan’ will not be released in theaters. Trade analyst Taran Adarsh ​​has shared this information on Twitter. This news is disappointing for the fans of the actor. Now Yash Raj Films will release it in the next year i.e. 2022.

New Delhi. Shahrukh Khan has not released any film for a long time. The actor’s fans have also been waiting for the release of a film of their favorite star for a long time. Shahrukh Khan is busy shooting for his next film ‘Pathan’. Earlier there were reports that this film will be released this year. But now a big news is coming about the release of ‘Pathan’. Fans can feel bad after hearing the news. It is reported that the film Pathan will not be released this year. This film is being produced under the Yash Raj banner. Now this film will be released in the next year i.e. 2022.

With this, Shah Rukh’s fans will have to wait a little longer to see their favorite star on the big screen. Fans are giving their reaction after hearing this news. Some fans are saying that Shahrukh Khan has broken his promise. Actually, at the start of the new year, Shah Rukh had given happiness to his fans saying that he will meet his fans on the big screen in 2021.

Trade analyst Taran Adarsh ​​has given this news on Twitter. He has tweeted that this film will no longer be released in 2021. Taran wrote in a tweet, ‘Breaking news … The film’ Pathan ‘from which Shah Rukh Khan is returning to the big screen after a long time, will now be released in 2022 and not in 2021. Shah Rukh Khan is working with Yash Raj Films after a long time. Shahrukh Khan shared a video to wish fans a happy new year in the beginning of the new year. At the end of this video, Shahrukh Khan announced that he will meet his fans on the big screen in the year 2021. But ever since the fans have received the news that ‘Pathan’ will not be released in 2021, they have been disappointed.

Let us know that Deepika Padukone will be seen in the lead role with Shah Rukh Khan in the film ‘Pathan’. At the same time, Salman Khan will also be seen doing cameos in this film. John Abraham is also playing an important role in the film.