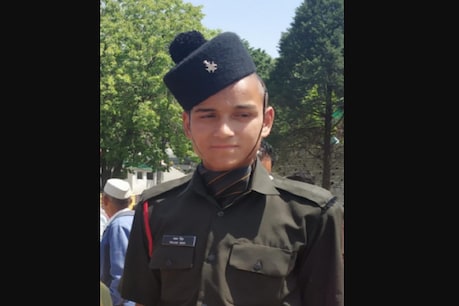 For this, the police is now searching for the location of the jawan with CCTV cameras.

Bhajan Singh reached Dehradun on 7 February. But after coming here, he went missing, yet no one has been detected.

Dehradun. A big news has surfaced in Dehradun, the capital of Uttarakhand. 24-year-old Jawan Bhajan Singh of ISBT is said to be missing under suspicious circumstances. It is being told that Army personnel were posted in Jammu and Kashmir. He reached Dehradun after taking leave. But that jawan has gone missing from ISBT, Dehradun. The family has registered its disappearance in the Tahrir Patel Nagar Police Station (Patel Nagar Police Station).

According to the information, Bhajan Singh reached Dehradun on 7 February. But he disappeared after coming here. Which has not been detected yet. Actually, the whole matter is from the capital Dehradun, where the Garhwal Rifle soldier Bhajan Singh was coming home with his other friends on leave. But the army personnel disappeared as soon as ISBT reached Dehradun. Jawan Bhajan Singh Pauri is a resident of village Conacort in Paithani tehsil of Garhwal.

Looking for a young man’s location with CCTV cameras
At the same time, in the whole case, the relatives of the jawan have been given information through the phone at his house. It was told that his son came home from Jammu and Kashmir on the 7th and reached Dehradun. When the relatives approached, nothing of the jawan could be found. After this, the family reached Dehradun on Saturday and registered a report of the missing army soldier in the police station police station. At the same time, now after registering the missing report of Bhajan Singh, a soldier of the police force, is now looking for him. For this, the police is now searching for the location of the jawan with CCTV cameras.