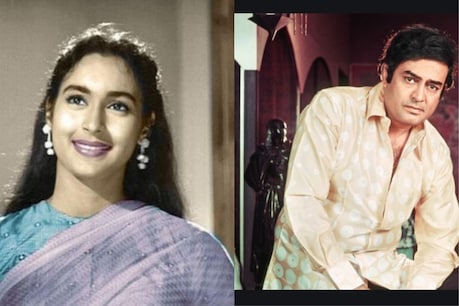 Death Anniversary: ​​In the film world even today when it comes to beauty and acting, there is definitely talk of Nutan. Nutan, who has been Miss India, has left an indelible mark in the heart of the audience with her stunning performance.

Mumbai: There have been many ups and downs in the life of the famous actress Nutan. Nutan ruled Bollywood for four decades. On 21 February 1991, on this day, the film industry’s veteran actress Nutan said goodbye to the world. 30 years ago, he breathed his last for today. Nutan, who still reigns in the hearts of the audience with his beauty and charming performance, has given more than one best film to the film industry. Today is his death anniversary.

Actress Nutan was often in discussions about her films as well as her personal life. Also known for cheerful behavior, Nutan once slapped the veteran actor of the film world, Sanjeev Kumar.

Actually, actors have to spend a lot of time on film sets during the shooting of films. In such a situation, they also become good friends on the set, due to which many times news of affair between actor actresses starts coming. Something similar happened with Nutan and Sanjeev Kumar.

Initially, despite doing a film together, there was no conversation between Nutan and Sanjeev Kumar, but gradually the two developed a good friendship with time. Now, when friendship happened, the affair was discussed, which had an impact on Nutan’s family life. Due to Sanjeev Kumar, Nutan also had a fight with her husband on the day. According to media reports, in the 1969 era, Devi was shooting for the film ‘Devi’. During the time between the shoots, Nutan started reading with a magazine, in which the relationship between him and Sanjeev Kumar was printed. Angry Nutan slapped Sanjeev on the set as soon as he read the news. It is said that during a fight with her husband in her house, her husband only said that if there is nothing between you and Sanjeev, then show him by slapping him.