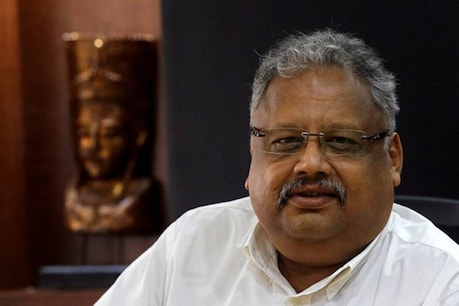 In an interview, Rakesh Jhunjhunwala said that he will never invest in Bitcoin. He said that this digital currency should be banned.

New Delhi. From Elon Musk, all the world’s giants have expressed confidence in the cryptocurrencies Bitcoin, but the upsurge in India continues. Now the country’s big investor Rakesh Jhunjhunwala (Rakesh Jhunjhunwala) has landed in protest against this.
In an interview to CNBC, Rakesh Jhunjhunwala said that he would never invest in bitcoin. He said that this digital currency should be banned. Significantly, the Central Government is also going to bring a bill banning private cryptocurrency in the current Parliament session. The government is preparing to bring its own digital currency through RBI.
Read also:44 startups to become unicorns, with $ 1.4 billion in assets with 1.4 million jobs
I will not buy even a bitcoin for $ 5: Jhunjhunwala

Jhunjhunwala said in the interview, “I will not buy even a bitcoin for $ 5. In other words, only the government has the right to launch currency. The fluctuation of 1-2 percent in the dollar is also news, whereas 10-15 percent of it The momentum keeps on coming. I would not like to invest in everything. You should invest in what you are interested in. I will never buy Cryptocurrency in my entire life. Cryptocurrency should be banned completely. “
Read also: Rs 2300 crore sanctioned for employment with toys, know which states are opening toy manufacturing clusters

Nifty can touch one lakh level

Rakesh Jhunjhunwala said on the question of the current rise in the stock market that India may be shocked by the stock market boom. Market depth will depend on several sectors. People are underestimating the changes that are happening in India. He said that Nifty50 can reach the level of 90,000-1,00,000 by 2030. This means that Nifty50 can go up by about 580 percent from the current level. With this prediction by Big Bull, Dalal Street may once again change the economy. This is not the first time that Rakesh Jhunjhunwala has predicted so confidently. In 2014, Rakesh Jhunjhunwala said that Nifty can touch a level of 1,25,000 by 50 years 2030.