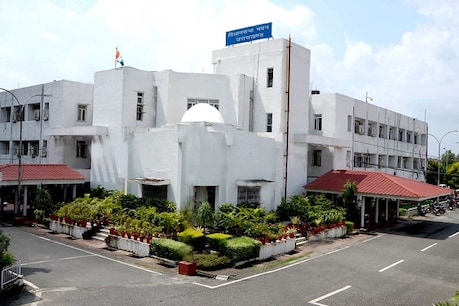 Uttarakhand: Minister-legislators will get admission in budget session only after being negative in corona investigation.

Ministers, MLAs and officials will get admission only when the corona investigation is negative during the budget session of the Vidhan Sabha, being held at Garasain in Chamoli district of Uttarakhand. During the session, the RTPCR check has been made mandatory for all.

Chamoli. Ministers, MLAs and officials will get admission only when the corona investigation is negative during the budget session of the Vidhan Sabha in Garasain located in Chamoli district of Uttarakhand. Admission will be given only after the negative investigation report of RTPCR during the session. RTPCR investigation has been made mandatory for all. Assembly Speaker Premchand Aggarwal has given instructions to prepare for the session keeping in mind the corona transition during the budget session on Tuesday.

Assembly Speaker Premchand Aggarwal said on Tuesday that all the arrangements including police, health, electricity, water should be maintained during the session. He has asked to be particularly careful about the corona infection. He said that SOP should be strictly followed during the session. Thermal scanning and sanitization of all is to be done at the entrance.

He said that RTPCR test has been made compulsory for MLAs to enter the session in view of the Corona transition. All officers and employees will also have to investigate. The Health Department has also been asked to make arrangements in Garsain. The audience and officials will not be released near the gallery during the session. Taking care about the corona transition, this time in the budget session, no person will be issued the admit card in the visitors’ gallery and the official gallery. Non-government individuals will not be able to enter the campus. Entry of concurrent people coming with MLAs will be prohibited in the Vidhan Sabha building. Special vigilance and caution have been given during the assembly session on the news of increasing Corona infection from many places in the country including Maharashtra.