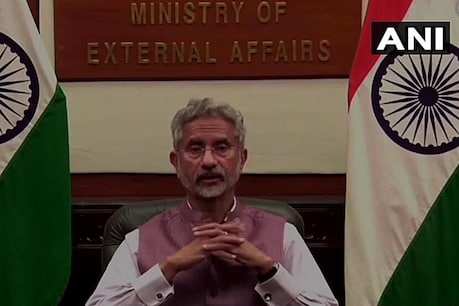 In the 46th session of the United Nations Human Rights Council, the Foreign Minister has given his opinion on many issues. (Pic-ani)

S Jaishankar News: External Affairs Minister Jaishankar said that human rights violations and flaws in its implementation should be resolved not in a selective manner but in a fair and transparent manner.

Geneva. Describing terrorism as the biggest threat to humanity, Foreign Minister S Jaishankar said on Tuesday that organizations dealing with human rights matters should realize that terrorism can never be justified nor can its sponsors be compared to victims is. Significantly, in many forums, Pakistan has been claiming itself as a victim of terrorism, while India has repeatedly emphasized in many important global institutions like the United Nations, how it promotes terrorism in neighboring countries.

Addressing the high-level section of the 46th session of the Human Rights Council, Jaishankar said that terrorism is a crime against humanity and it violates the most fundamental human rights of the right to life. Addressing the program digitally, he said, “Terrorism is one of the most serious threats to mankind.”

He said, ‘Being a victim of this for a long time, India has been at the forefront of global action against terrorism. This can only happen when everyone, including the institutions dealing with human rights, has a clear feeling that terrorism can never be justified nor can its sponsors be compared with the victims.

He said that violations of human rights and flaws in its implementation should be resolved not in a selective manner but in a fair and transparent manner. The principle of not interfering in the country’s internal affairs and national sovereignty must also be followed

He said that India took very effective steps to meet the basic needs during the Kovid-19 lockdown. He said, ‘We resolved on the health front in the country and took steps for the world as well. We have supplied essential medicines and equipment to more than 150 countries to help deal with this epidemic.