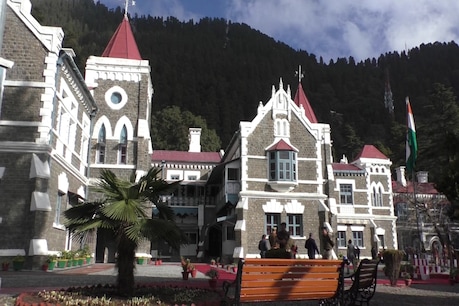 Nainital News: In a major action in the corruption case, the High Court (Uttarakhand High Court) has suspended the Civil Judge Senior Division.

Nainital The High Court has taken a big action on the civil judge of Almora district of Uttarakhand. The High Court has suspended the Civil Judge Senior Division of Almora, Judicial Magistrate Abhishek Kumar Srivastava with immediate effect by the High Court. With this, Dehradun has been attached. The order has been issued by Registrar General Dhananjay Chaturvedi. This is being seen as a major action of the Uttarakhand High Court in the case of corruption.

A complaint was received against the judicial magistrate that he and his family used to use the private vehicle of a person named Chandramohan Sethi to go to Delhi, Noida, Ghaziabad. Since 2013, several criminal cases against Chandra Mohan Sethi are pending in Almora Court. At the moment, Dehradun is attached to the civil judge.
Budget session preparation

This will be the first session of the Vidhan Sabha in Garrasain after being declared the summer capital of Uttarakhand. The government will present the budget for the year 2021-22 in this session. For this, the assembly is located in Garasain. The ringing session will run from 1 to 10 March. On Tuesday, Assembly Speaker Premchand Aggarwal reviewed the preparations for the budget session with the officials and it was decided that Corona’s transition may have subsided but it is not right to relax it. Therefore, every member of the Legislative Assembly from the session to the employee must bring the RTPCR negative report of the corona. The Assembly Speaker says that before going to the session, MLAs can conduct RTPCR test in the Assembly building in Dehradun or in Srinagar or their district headquarters. Not only this, people have got both doses of Corona vaccine, they will be exempt from it. While the entry gallery will also be banned.Also Read: Chhattisgarh Budget Session 2021: The issue of rising crime heats up, loud uproar over the adjournment motion

Looking at Kovid BudgetThere is also a plan to issue limited passes to media in TR. Whereas even after the pass is issued, the media personnel will not be able to directly see the proceedings of the House. Only two news agencies have been authorized for this.