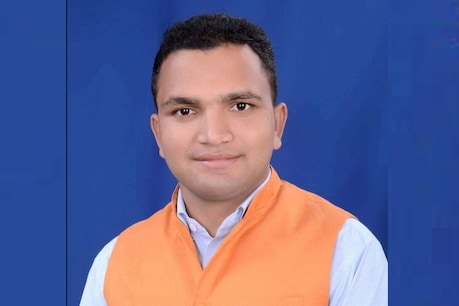 Sundar Arya, who was found dead at the girlfriend’s house, has been the vice president of the Students’ Federation in the past.

A former student leader in Lamachod area of ​​Haldwani died by consuming poison on the threshold of his girlfriend. According to the suicide note, the student leader was mentally disturbed due to Premik’s relationship elsewhere, due to which he ate poison and died.

Haldwani A painful case came to light from Haldwani in Uttarakhand. On Monday, there was a sensation when the young man’s body was found in the house in Lamachod area. On receipt of the information, the police immediately reached the spot. In the investigation, it was found out that the deceased was a student leader. According to the police, the house from which the young man’s body was found, it was his lover’s house. Police has also found a suicide note near the young man. According to the suicide note, the young Premik’s relationship was mentally disturbed due to being somewhere else, due to which he ate poison. And he died.

Embrace death like this
Sundar Arya, who was found dead at the girlfriend’s house, has been the vice president of the Students’ Federation in the past. Along with this, he has also been the department convenor in the Akhil Bharatiya Vidyarthi Parishad. Sunder was originally from Dholi village in Okhalkanda block of Nainital district. On Monday evening, the beautiful Arya Arya’s body was found in the house of Lamachaud. According to police, the house from which Sundar’s body was found was his girlfriend’s house. Some time ago the family had decided to have a relationship elsewhere. Due to which Sundar was very upset. He asked his girlfriend to break the relationship but the girlfriend could not dare under the pressure of the family.

Troubled Sundar reached the girlfriend’s house in Lamachod on Monday evening and ate poison at the door itself. He died on the spot. According to Sushil Kumar, the station in-charge of Mukhani police station, he has received a suicide note from the scene of the incident. The reason for suicide is said to be the relationship of girlfriend somewhere else. Police have taken the dead body of the deceased and sent it for postmortem.