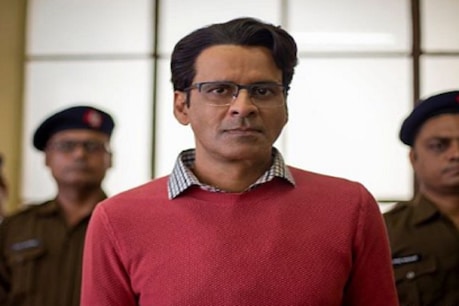 Manoj Bajpayee said that, the OTT platform is affecting his career in a positive way.

Manoj Bajpayee said that, Ban and Boycott should not be talked about for any industry or society. I do not want such social media posts to be removed, which I am unconcerned with, because I believe that healthy debate and discourse is a sign of healthy democracy.

Mumbai. In this era of increasing content consumption on streaming platforms, Manoj Bajpayee is not only enjoying success on the web, but it has also come to the fore that his old films are being rediscovered by viewers. He said that OTT is affecting his career in a positive way.

Bajpai further said, ‘The honor that I have received over the years has increased and the Emergency of OTT has increased it further. Today, people are watching my films. Many of my recent releases are being noticed, but they did not come to see my films when they were released in theaters.

Theaters also do not give enough shows or slots or honors back to these films. The audience is already liking Pinjar (2003), Kaun (1999), but now the audience is also liking Satya (1998) and Shul (1999). Getting praise even after so many years is really inspiring and encasing.

With his hit web show, ‘Family Man’ and OTT Boom, the actor honored with Padma Shri said that today actors have a lot of options, but caution that they should choose films wisely. Do not rush. I have been presented with many exciting, interesting and out-of-the-box stories, but I will not be hasty to choose any of these projects. As they await the release of the second season of their show, ask them The recent controversy of ‘Tandava’ was asked about how the producers removed scenes and talk. On this, he said, ‘I have not seen this show and if the producers have removed the objectionable scene then it depends on them. I think people should be patient in such matters and people should be forgiven in the matter of creative content. If they do not agree with such a thing, then they can give their opinion. Even they encourage people with similar views not to see it, but do not ask for ban or boycott. Banning and boycott should not be talked about for any industry or society. I am not in favor of it. The two-time National Award winner said that there are many social media posts that I do not agree with, but I do not want such social media posts to be removed because I believe that healthy debate and discourse is a sign of healthy democracy.