New Delhi. Petrol-Diesel prices are skyrocketing. If the central government brings petroleum products under the Goods and Services Tax (GST, GST), then the common man can get relief. Finance Minister Nirmala Sitharaman and Finance Minister Dharmendra Pradhan (Petroleum Minister Dharmendra Pradhan) have also indicated this. If petrol and diesel are kept at a high rate of GST, then the current prices can be reduced to half.
Currently, the central government levies excise and state VAT on petrol and diesel. The rates of these two are so high that petrol of 35 rupees is reaching 90 to 100 rupees per liter in different states. On 23 February, the price of petrol in Delhi was Rs 90.93 per liter and diesel at Rs 81.32 per liter. The Center has imposed an excise duty of Rs 32.98 per liter and Rs 31.83 per liter respectively. This is when GST is applicable in the country. GST was introduced on 1 July 2017. Petrol and diesel were then excluded due to the high dependence of the states. Now Sitharaman called for a joint collaboration between the central and state governments to bring down fuel prices.
Read also: Airtel’s alliance with Qualcomm for 5G, fast internet service at home

This will have the effect of including fuel in GSTIf petroleum products are included under GST, fuel will have a uniform price across the country. Not only this, if the GST Council opts for a lower slab, then prices may come down. Currently, there are four primary GST rates in India – 5 percent, 12 percent, 18 percent and 28 percent. While the Central and State Governments are currently collecting more than 100 percent tax in the name of excise and VAT. 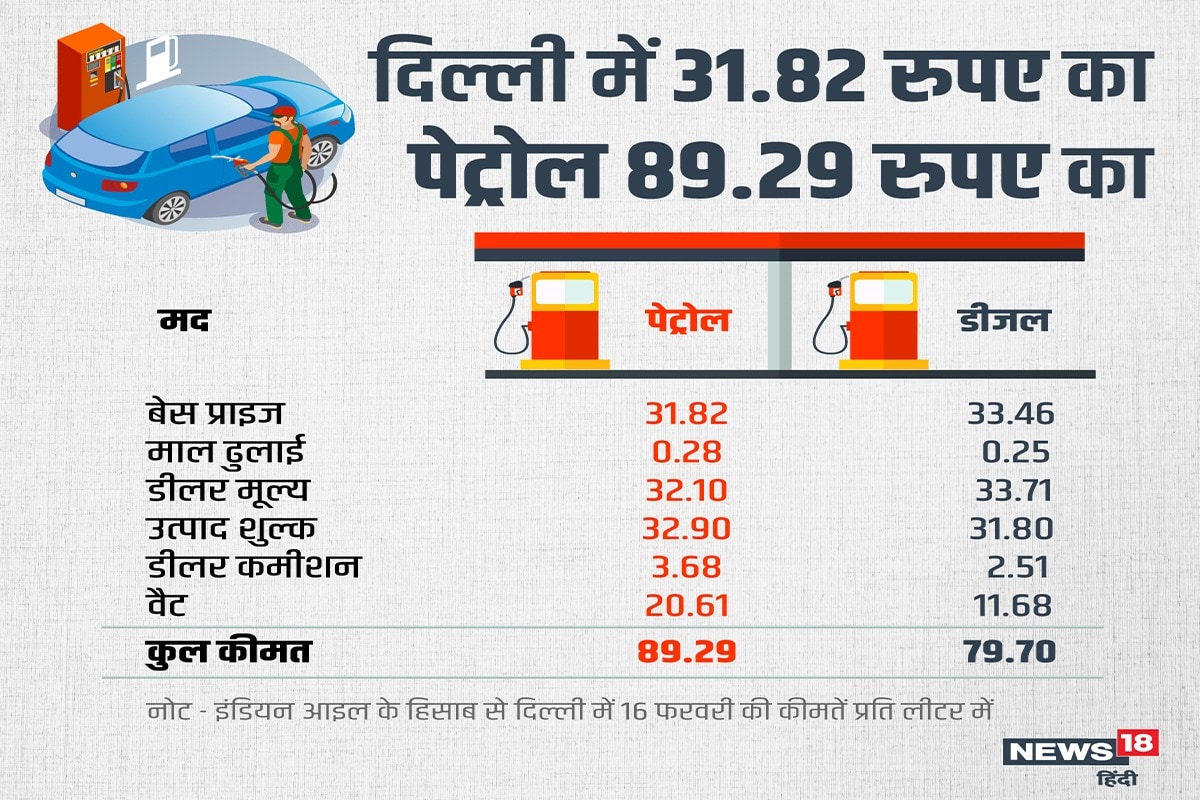 Tax on petrol and diesel is the main means of revenue of central and state governments.

Read also: Talk of jobs: skill of 100 crore jobs will change in ten years, so learn new skills and do re-skilling

Problems too … Governments worry about revenue
This tax on petroleum product is a major revenue income for the government. Therefore, GST Council can put petrol and diesel in more slabs and even there is a possibility of imposing cess on it. According to government data, the petroleum sector contributed Rs 2,37,338 crore to the state exchequer during the first six months of the current financial year. Of this, Rs 1,53,281 crore was owned by the Center and Rs 84,057 was the share of the states. In the year 2019-20, the total contribution from the petroleum sector to the states and the center was Rs 5,55,370 crore. It was about 18 percent of the center’s revenue and 7 percent of the states’ revenue. According to the Union Budget 2021-22, the Center is expected to collect an estimated Rs 3.46 lakh crore from excise duty on petrol and diesel only in this financial year.
Highest tax rate in Rajasthan
Rajasthan charges the highest tax on petrol at 36 percent in the entire country. After this, VAT in Telangana is 35.2 percent. Other states with more than 30 percent VAT on petrol include Karnataka, Kerala, Assam, Andhra Pradesh, Delhi and Madhya Pradesh. On diesel, states like Odisha, Telangana, Rajasthan and Chhattisgarh have the highest VAT rates. So far five states, West Bengal, Rajasthan, Meghalaya, Assam and Nagaland have cut taxes on fuel this year.