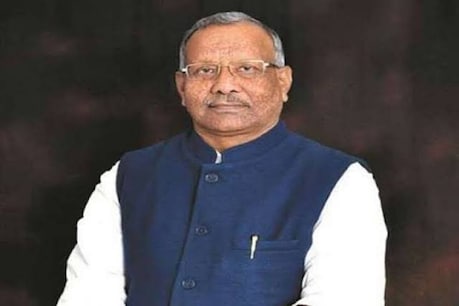 Tarkishore presented the second supplementary budget of Rs 19370 crore for the financial year 2020-21, amidst an uproar by opposition members when the proceedings of the assembly began after lunch.

Tarkishore presented the second supplementary budget of Rs 19370 crore for the financial year 2020-21, amidst uproar by opposition members when the proceedings of the assembly began after lunch. In the second supplementary expenditure statement presented on Wednesday in both houses of the Legislature, Rs 9530.27 crore in the annual scheme head, in the establishment and committed expenditure item: Rs 9399.99 crore including charges and Rs 439.78 crore in the central sector scheme item including a total of Rs 19370.03 crore Scheme wise proposed amount is included.

Also read- NSE Trading Halts: What were the technical flaws, how investors were affected, know everything

Bihar Assembly on the uproar in opposition to the House of Opposition Members, furious with the remarks made by Social Welfare Minister Madan Sahni in order to answer the delay in payment of old age pension through DBT through the attention of CPI-ML’s Mehboob Alam Speaker Vijay Kumar Sinha adjourned the proceedings of the House till 11 am on Thursday. Before lunch break Alam had asked in his attention that thousands of old people are not getting pension since its payment was started through DBT. When beneficiaries were getting pension when it was being paid by setting up camp at village and block headquarters level. Responding to Alam’s attention, Sahani said that everyone does not want to speak in the House. His shop is running on all these things. If you say that, then the shop will be closed.

Disgusted by Sahani’s reply, the CPI-ML and other opposition members of the Congress and Congress came to the House of the House and started raising anti-government slogans demanding apology from the Minister. As it was the final subject of the proceedings of the House during the lunch session, the Speaker adjourned the matter till 2 pm.

At 2 pm after lunch, when the House reopened, Chief Minister Nitish Kumar was again on the issue with the leaders of all political parties in his chamber when he reiterated his demand for the dismissal of the minister of opposition members in the presence. Citing the meeting, the opposition members were urged to take their seats and let the proceedings of the house go smoothly. But in the midst of the uproar over opposition members not agreeing, Tarkishore Prasad, after presenting the second supplementary budget of Rs 19370 crore for the financial year 2020-21, took them to the house till 3 pm and later to 11 am on Thursday Had to announce the postponement for

Earlier, Parliamentary Affairs Minister Vijay Kumar Chaudhary and Chief Minister Nitish Kumar’s party JDU Chief Whip and Minister Shravan Kumar, who tried to pacify the opposition members, said that if Minister Sahni’s remarks hurt the feelings of a member Regrets on behalf of the government. Opposition members were adamant on expressing regret by Sahni who was present in the House.