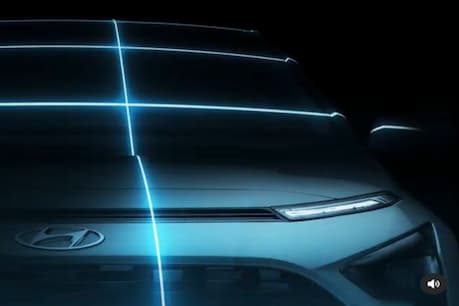 Hyundai’s cheapest AUV Beyonc will be launched on March 2.

New Delhi. Korean car maker Hyundai is going to launch its cheapest SUV Bayon on 2 March. Prior to this, the company has released a teaser of this car. Looking at it, it can be guessed that Hyundai’s new Bayon SUV will be very different from other cars. At the same time, Hyundai claims that the Bayon SUV will be the cheapest SUV in the world in the B segment. Which will replace the company’s entry-level SUV in Asia markets. Let’s know about Hyundai’s new Bayon SUV …

Hyundai Bayon SUV to be launched on March 2 – From the teaser released by Hyundai, it is clear that the company is going to launch this SUV on global on 2 March. At the same time, Vice President of Hyundai Motors Marketing Andreas Christoph says that, Hyundai’s SUV car has made a good hold in Europe’s market. Due to which the company is now launching Bayon, the cheapest SUV in the B segment, with a focus on the Asia market.

Bayon SUV Features – According to the teaser of Hyundai, this car has been given a Sportiness design. On the front of the SUV you will find DRLs headlamps and a wide front grille. At the same time, in the rear side, the company has given tail lights in the arrow design.

The potential engine of the Bayon SUV – According to a rumor, Hyundai may offer the new i20 engine in the new Bayon SUV. At the same time, there is not much detail about this SUV. With this, the launch of this SUV in India has not been confirmed yet.