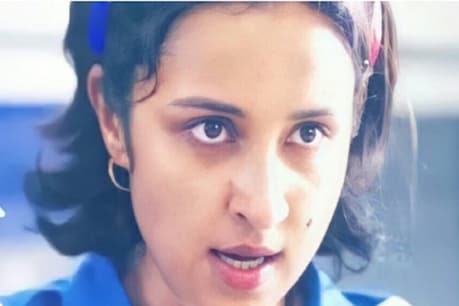 Filmmakers have announced the release date of the biopic. (Photo: @NSaina)

Star badminton player Saina Nehwal’s biopic has been in the news for a long time. The film is now ready and its release date has also been revealed.

New Delhi. A film is being made on the life of the country’s famous badminton player Saina Nehwal. For the past several days, the release date of the film was awaited. Saina Nehwal And there is good news for the fans of Parineeti Chopra. Filmmakers have announced the release date of the biopic. The news is coming that Saina Nehwal’s biopic starring Parineeti Chopra may be released on 26 March this year. The official release of the film has not been announced yet.

If you consider Pinkvilla’s report, the film will be released in theaters with 100 percent occupancy. As everyone knows, now Cinemahall is going to open with 100 percent audience once again. In such a situation, this is the right time for the makers to release Saina’s biopic. This film is a story related to an icon of the sports world. In such a situation, the fans also want to see the film in the theater. There was doubt about the release of the film on 26 March and 9 April, but it has been announced to release on 26 March. Explain that in the film, actor Manav Kaul will be seen in the role of Saina’s coach Pullela Gopichand. Apart from this, Paresh Rawal will also be seen playing an important role in the film. There were reports that Parineeti would spend 15 days practicing film in a sports complex. This is the second film of filmmaker Bhushan Kumar, whose plan of release has been changed now. Earlier, John Abraham’s film ‘Mumbai Saga’ was also planned to be released on digital platform. There was talk of releasing the film ‘Mumbai Saga’ and ‘Saina’ on digital platform Amazon Prime Video. After this, it was decided to release the final film in the theater.