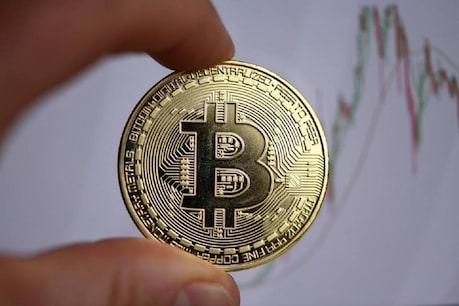 Amid the huge surge in bitcoin, some analysts have warned that the surge may be erratic. (Cipher photo)

Bitcoin touched a record level of $ 58,354.14 a week ago amid increasing confidence in mainstream investment and the possibility of becoming a payment vehicle.

New Delhi. The world’s largest cryptocurrency Bitcoin has halted. A few days ago, on February 8, its price reached near 60 thousand dollars. Bitcoin hit the lowest level since 8 February on Sunday. It has fallen by 3.7 percent since Friday.

Bitcoin price jumped by 70 percent this year
It has gone up by 70 percent since the beginning of the year. It touched a record high of $ 58,354.14 a week ago amid increasing confidence in mainstream investment and the possibility of becoming a payment vehicle. About a year ago, the cost of a unit of this was 10 thousand dollars.

Also read- Common people will get a big relief from the rising prices of petrol and diesel! Dharmendra Pradhan said – prices may decrease from April 2021Bitcoin filled the flight as soon as Tesla invested

Recently, Tesla, an American company that manufactures electric cars, invested in cryptocurrency Bitcoin, so the flight was not taking the name of stoppage. Several companies, including Tesla, have approved Bitcoin as a digital currency. Apart from Tesla, giant insurance company Mass-Mutual, asset manager Galaxy Digital Holding, Twitter CEO Jack Dorsey’s payment company Squire have also made a big investment in Bitcoin, causing its prices to skyrocket.

Blue Ridge Bank of Sherlovilla to provide bitcoin access
Tesla said last week that the company is buying $ 1.5 billion in bitcoin as an investment strategy. Also said that the company is soon working on a plan to quickly approve the payment through bitcoin on the purchase of its products. This led to a sharp jump in bitcoin. Subsequently, Blue Ridge Bank of Sherlovilla in Virginia said that it would become the first commercial bank to provide access to bitcoin at its branches.