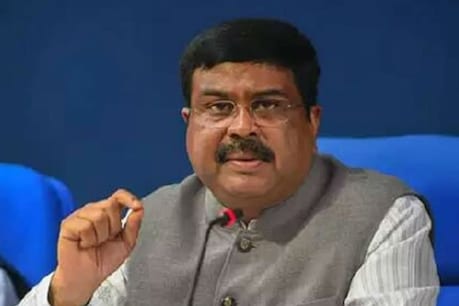 This time, Petroleum Minister Dharmendra Pradhan has given a statement about rising oil prices.

Varanasi. Petrol and diesel prices in the country (Petrol-Diesel Price) are increasing furiously. The opposition is aggressive about the rising oil prices. At the same time people are questioning when the price will fall. This time, Petroleum Minister Dharmendra Pradhan has given a statement about rising oil prices. Pradhan said that he has asked the petroleum producing countries to increase the production of oil so that Indian consumers can get relief from rising fuel prices.

Oil prices are increasing due to high demand
Talking to the media in Varanasi, the oil minister said that in April last year, the major oil producing countries decided to cut production, as there was a huge drop in demand due to Corona virus epidemic. These countries are producing less fuel in a bid to earn more. While the production of fuel is still being reduced. The demand for fuel has increased at this time. The reason for this is that now the situation of corona virus was not the same as before. Petrol and diesel prices have increased in the country due to increasing demand.

Also read- These important rules will change from March 1, know that today you will not be able to transact money from tomorrow.Price expected to come down by April

read this also- SBI Pension Loan: You can easily get a loan of up to 14 lakh rupees, just have to miss this number

On Friday, Union Minister Dharmendra Pradhan said that the price of oil will decrease as the winter season ends. He said that prices are high due to increasing demand. This often happens in winter. He assured that soon the price will come down.