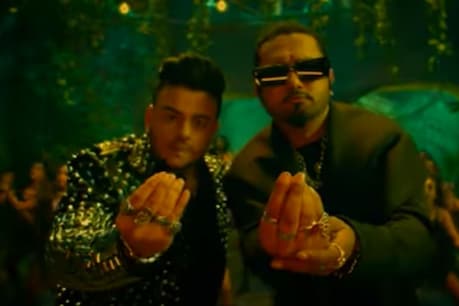 The song is rocking YouTube as soon as the song is released. Photo courtesy- Video Grab

The song ‘Shor Machega’ from the film Mumbai Saga is well liked on social media. The song has been sung by Yo Yo Honey Singh and Hommie Dilliwala.

Mumbai. John Abraham and Emraan Hashmi’s multi-starrer thriller film Mumbai Saga remains a buzzing buzz. In the film, John Abraham will be seen playing the role of a don and Emraan Hashmi a police officer. After the trailer of the film, the song of this film has been released today, which has rocked YouTube as soon as it is released. The name of the song is ‘Shor Machega’.

In the song with the temper of glamor, John Abraham’s very intensified look is shown. At the same time, some of Emraan Hashmi’s visuals have also been added to the song, in which he is seen ending the gangsters.

Talking about the film, many powerful actors of Bollywood are going to be seen working in the film. This film is directed by Sanjay Gupta. The film has been produced by Bhushan Kumar, Krishna Kumar, Anuradha Gupta and Sangeeta Ahir. In Mumbai Saga, Emraan Hashmi, John Abraham along with Kajal Aggarwal, Prateek Babbar, Mahesh Manjrekar, Rohit Roy, Amol Gupte, Sunil Shetty are the other actors.

The story of this film is set in the 1980s-90s. Mumbai Saga will be released on 19 March 2021. The film is said to be based on the life of gangster Amartya Rao aka DK Rao.