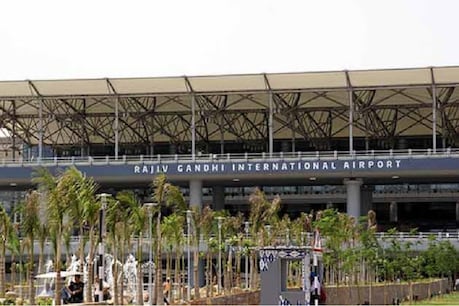 Hyderabad Airport has been developed on the Private Public Partnership Model (PPP).

Hyderabad International Airport Limited (GSIAL, GHIAL) has received the Airport Service Quality (ASQ, ASQ) Award for the year 2020. This airport has been in the top 3 airports in the world in the ACI-ASQ survey for 9 consecutive years from 2009 to 2017.

New Delhi. Airports Council International (ACI) awards have been announced. This time GMR Hyderabad International Airport Limited (GSIAL, GHIAL) has received the Airport Service Quality (ASQ, ASQ) Award for the year 2020.
GSIAL said in a statement issued on Monday that Hyderabad Airport was the best airport in the Asia Pacific region in terms of 1.5-2.5 million passengers annually. ASQ is the world’s most prestigious airport passenger service and benchmarking program. The quality of the airport is assessed on the basis of passenger satisfaction under ASQ.
Also read: If you invest this month, you will get income tax exemption, know which option is beneficial for you

Hyderabad Airport is built on PPPIt has been developed on the Private Public Partnership Model (PPP). This is an airport that has not been developed at any old airport. That is, it is a greenfield airport. The airport has continuously improved the quality of its service. GMR Airports Chief Innovation Officer and ED-South SGK Kishore said that we used the best technology to make air travel as safe as possible. However, the corona epidemic has taught us many lessons in terms of passenger experience.
ALSO READ: News18 Special: These are big legal hurdles in the extradition of the fugitive Modi, the government will take this step to stop the waiver like the assaults of Wikileaks

Hyderabad Airport has been among the top 3 airports in the world in the ACI-ASQ survey for 9 consecutive years from 2009 to 2017. In 2019, this airport received ACI’s ASQ Departures Award in terms of size and region in the Asia Pacific region in the annual passenger category of 1.5 – 2.5 crores. In 2018, it was the fourth best airport in the world in the passenger category of 1.5 – 2.5 crores annually. The same year it also received the Best Airport in Environment and Ambience Award in terms of size for the first time in the Asia Pacific region. While 4 times in 2009, 2010, 2016 and 2017, this airport held the number 1 position in the passenger category for 50 lakhs – 1.5 crores annually.