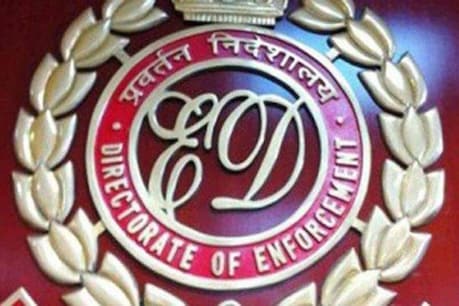 The Enforcement Directorate has taken action to attach properties in a case of hawala businessman Naresh Jain.

In the case related to hawala businessman Naresh Jain, the name of several accused came up in the investigation of Enforcement Directorate (ED). After this, action has been taken to attach the property of all the accused. The FIR was registered by the Economic Offenses Wing of Delhi Police at the beginning of the case.

New Delhi. The Central Investigation Agency Enforcement Directorate (ED) has taken major action in the case related to hawala businessman Naresh Jain. The ED has attached movable and immovable assets of about 65.75 crore rupees in some states of several other accused. According to an ED official, these actions have been taken by the investigating agency in Delhi (Delhi), Rajasthan (Rajasthan) and Madhya Pradesh (MP). Among the attached properties of the ED, there are many residential property and project land, while there is land lying for many industries. It is alleged that these properties have been bought with the wrongly collected money.

The ED made all these accused after investigation
According to ED officials, the name of several other accused had come up in the investigation being done in this case. After this, action has been taken to attach the property of all the accused. After investigation, ED named M / s Bimal Kumar Jain, Sunita Jain, Vijay Aggarwal, M / s Jayana Infrastructure Limited, M / s Graphic Buildcon Pvt Ltd, M / s Arrow Buildtech Pvt Ltd, M / s Seasons Buildwell Pvt Ltd, M / s Konark Craft Pvt Ltd is. According to the ED, the direct connection of these traders has been with hawala businessman Naresh Jain. In view of the seriousness of the case, the ED is investigating and registering a case under Naresh Jain and several unidentified accused related to him under the Money Laundering Act (PMLA). After 5 years, auction of spectrum of 3.92 lakh crores started in 7 frequency bands, got bids worth more than 77 thousand crores

Who is hawala businessman Naresh Jain

The Economic Offenses Wing of Delhi Police had registered an FIR in connection with Naresh Jain and his hawala connection. After this, on the basis of this case, the ED also registered a case. In the initial phase, this case seemed to be of criminal conspiracy, forgery and financial fraud. Later, when the ED started an investigation in view of the seriousness of the matter, a case of large hawala business of the country came to light. Accused Naresh Jain had created fake shell companies through voter ID card, PAN card, birth certificate, fictitious certificate, fake signature of hundreds of people. Through these fake companies, he got involved in legalizing the black money of hundreds of people of the country.

Jain earned 565 crores from the commission
Jain had received about 565 crore rupees from the commission. If the ED’s senior investigating officer is to be believed then the scope of investigation in this case is very large. There is a lot of depth in this hawala case. It is being said that as the investigation progresses, many white-collar bureaucrats and politicians can also come on the radar of the ED in this matter in the coming time. Last year, the ED arrested Naresh Jain. After the arrest, action is being taken after investigation based on his statements.