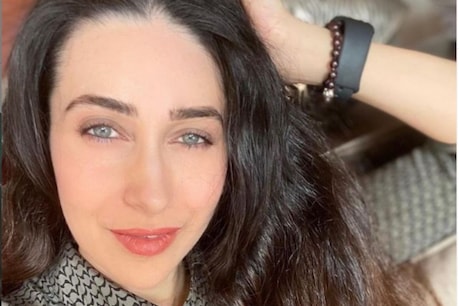 Karisma Kapoor may not be doing films, but her fitness is intact. Beautiful Karishma keeps on doing regular workouts.

Mumbai: Karisma Kapoor, the elder sister of Kareena Kapoor Khan, has given Bollywood many super hit films. Karisma is still remembered for her unmatched acting in the film ‘Raja Hindustani’. In this film, Bollywood actor Aamir Khan was in the role of the main lead hero. Apart from this, Karisma’s pairing with Bollywood actor Govinda was quite a hit. Karishma Govinda’s chemistry on the big screen was liked by the audience. The pair has given many hits to Bollywood. Currently, Karisma remains very active on social media, away from films. Karisma has a long fan following on social media.

Fitness freak Karisma Kapoor has shared a recent photo on her Instagram account. Karisma’s abs are seen in this photo. In this photo taken while exercising, his fitness is being seen. Fans are fiercely liking this photo with abs. People are surprised to see their abs and are commenting that they remembered ‘Dil To Pagal Hai’. 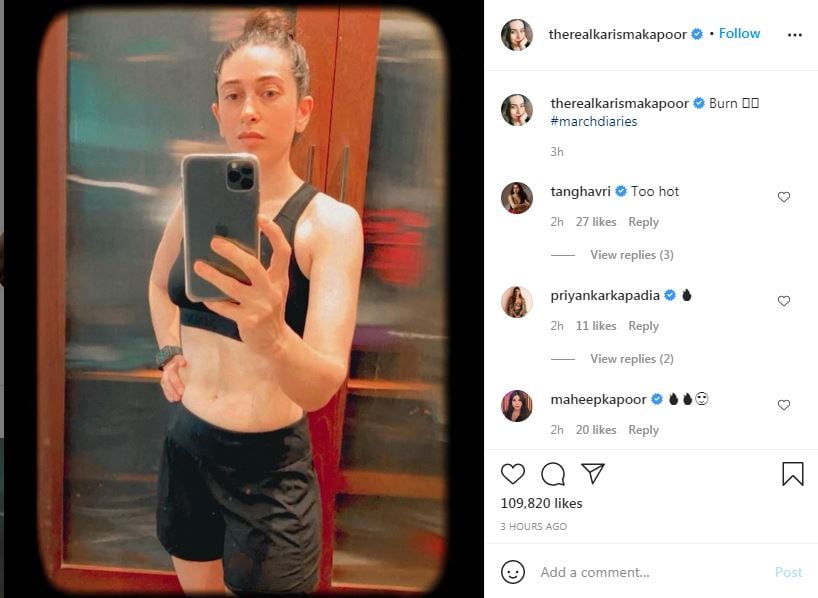 Karishma Kapoor may be the mother of two teenager children but her fitness is excellent. Glamorous photos of Karishma often go viral on social media. Earlier, fans had praised her beauty by commenting on Karishma’s photo. Let us know that Randhir Kapoor and Babita’s elder daughter Karisma Kapoor are very close to their sister Kareena Kapoor Khan. Karishma Kapoor was married in 2003 to businessman Sanjay Kapoor. But Karisma and Sanjay’s marriage did not last long. Both got divorced in 2016 after 11 years of their marriage. Currently, Karishma is single-handedly raising her two children, Adhara and Kian. Karishma is often seen with her sister Kareena. After Kareena’s second child, Karisma wished her sister in a unique way, which people liked very much.