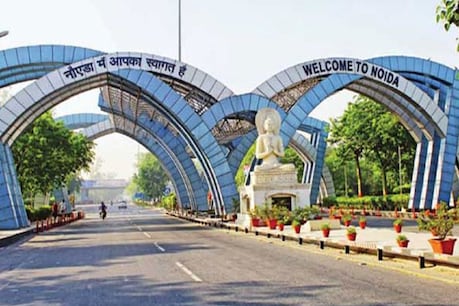 After the Jewar International Airport and the Delhi-Mumbai Expressway, UP CM Yogi Adityanath (CM Yoi Adityanath) has given the green signal to establish a finance city on the lines of Mumbai (Mumbai), the financial capital of the country.

Noida. After the Jewar International Airport and Delhi-Mumbai Expressway, UP CM Yogi Adityanath (CM Yoi Adityanath) has given the green signal to establish a finance city on the lines of Mumbai (Mumbai), the financial capital of the country. This finance city (Finence City) will be located in Gautam Buddha Nagar. With the arrival of Fin City, this area will get four moons. There will also be a stock market and stock exchanges in Fin City, including the corporate offices of banks. Bullet train station will also be here. This Fin City will be inhabited on about 1200 acres.

5 runways are being built at Jewar Airport

Also read- LPG Price Hike: Another big shock to common man, LPG cylinder has become expensive by Rs 225 so far, know the latest priceWork is going on on these big projects near Fin City

This office will be in Fin City

Yida is trying to get Finn City an identity like Mumbai. For this, Yida’s plan is that in Fin City, the corporate offices of all the banks of the country, financial institutions, stock markets, stock exchanges, offices connected with the commodity market and other markets will also be given land. At the same time, a convention center of international level is also proposed to be built in Fin City.

CEO Arunvir Singh says that the financial activity in the Yamuna Authority area is increasing rapidly due to the Noida Airport. Fin-City’s Sector-10 is also close to Jewar International Airport. At the same time, with the arrival of Fin City, investment of at least 20 thousand crores is expected here. On the other hand, it is also expected to provide employment to 50 thousand youths. For this, emphasis is being laid on bringing more and more financial institutions in Fin City.