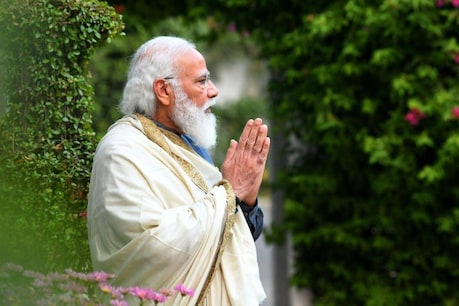 A new film on Prime Minister Narendra Modi is going to be made in India in my veins, which will be directed by Subhash Malik (Bobby). In this film, Captain Raj Mathur is playing the role of PM Modi.

New Delhi The film ‘India in my veins’, which is going to be made on the life of Prime Minister Narendra Modi, has been announced. The producer and director of this film is Subhash Malik (Bobby). Subhash has made several films in the past. He is the president of Ramlila in Ayodhya and also Subhash Malik, who started the film star’s Ramlila in Hindustan. He has been in the film industry for 27 years and is very serious about his work.

Subhash told about the film that the story of this film started from 2014. In this, the development work done by the Honorable Prime Minister Modi ji will be shown. This film was in the works for several months. This is the auspicious time of 29 March 2021. In this film, Captain Raj Mathur is playing the role of Honorable Modi ji.

Captain Raj Mathur ji, who is playing the main role in the film, said that the praise of the honorable Modi ji who is working for this country is less. When I used to work as a pilot. He further says, ‘When we first went to India and abroad, we Indians were not as respected as it is at the moment and it is all due to the Honorable Prime Minister Modi ji and I am the director of this film, Producer Subhash Malik ( Thank you also Bobby ji that he has chosen me for the role of Prime Minister Modi ji. Subhash Malik (Bobby), the director producer of the film, had been thinking about making a film on Prime Minister Modi for many years. He says, ‘We can never forget what Modi ji did for India. The youth have a place in their heart for the farmer and every human being, and they connect directly with every human being and no one is small or big in their eyes.

He further says, “Till date our country has not got such Prime Ministers. Ever since the Honorable Modi ji has become Prime Minister, the country has doubled in the day and quadrupled in the night. This film will also be shot in Ayodhya, the city of Lord Shri Ram. It will also be shot in UP, Haryana, Punjab. The film will be seen in theaters within six months. The associate producer of this film, Shubham is the owner. The name of this film is- ‘India in my Vans,’ which means- ‘India is in my vein’.