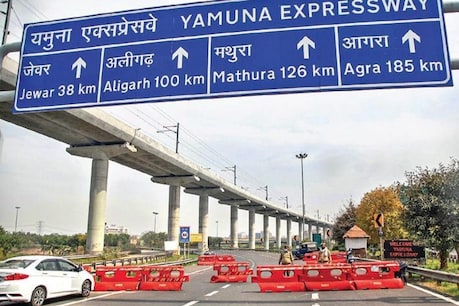 For this, an MoU will be signed between the Carcassium Bank and the Economy.

Yamuna Expressway they pass around 28 thousand vehicles every day… JP Company initially refused to implement FASTAG due to being a private highway. After the strictness of Yamuna Authority, the company became ready.

According to Yamuna Authority’s Chief Executive Officer, Dr. Arun Singh, the fastag facility will now be provided soon on the Teen Tale Plaza of 165 km long Yamuna Expressway, after which the mangoes will be relieved from the jam.

It is known that Yamuna Express passes around 28 thousand vehicles every day, this includes all types of vehicles, cars, bus trucks. Tail was being taken in the cash here since it was built. Laagein had also raised a lot of objection about this, when Fastag is mandatory across the country, only what is being given to it. This is also because, due to the lack of cash system, a long jam is often kept near the tail booth.

Vehicles have to run at fixed speed

It is known that the Yamuna Expressway has set the speed limit for the vehicles, so that neither the vehicle can drive at the top speed nor at a lower speed. This speed limit is 100 km per hour for light vehicles and 60 km per hour for heavy vehicles. Here speed cameras are also installed at different places, the police makes a challan standing on the next tail when the vehicle is running at high speed.