Yami Gautam is playing a gray character for the first time in the film ‘A Thursday’. No poster of the film has been released, so suspense has remained about the look of the actress.

Mumbai. After the drought at the box office in the year 2020, one film after the other in 2021 is set to be released. Some films are ready for release, while some films have started shooting. Actress Yami Gautam is also in this episode. Yami Gautam, who made people crazy with his acting in films like ‘Kaabil’, ‘Vicky Donor’, ‘Uri: The Surgical Strike’, has started shooting for his upcoming film ‘A Thursday (A Thursday)’.

Yami Gautam is very active on social media. Recently, he shared a post and informed about the start of shooting for ‘A Thursday (A Thursday)’. He shared a photo of the clap board on his Instagram account. With this picture, he wrote the caption- ‘Breaking News: There is a series of events coming for you, which cannot be forgotten and it all happened to A Thursday!’. 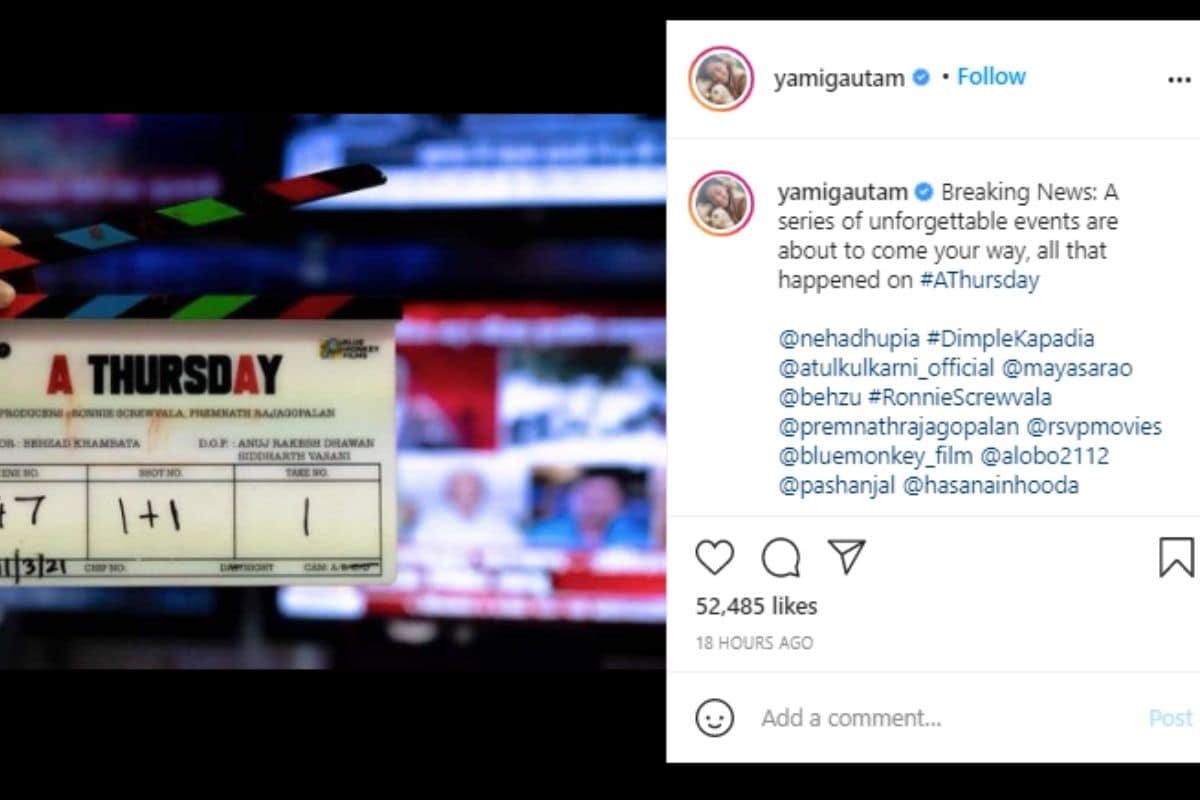 Actress Neha Dhupia along with Yami has also started shooting for the film. She is also going to play an important role in the film. Yami will be seen playing the role of Naina Jaiswal in the film. She plays a play school teacher who holds 16 children hostage in the film. Yami is playing a gray character for the first time in this film. No poster of the film has been released, so suspense remains in the actress’s look. The film is being produced by RSVP and Blue Monkey Films. Directed and written by Behzad Khambata, this thriller film is about ‘A Thursday’ on an unimaginable day. At the same time, Yami Gautam is playing the lead role in the film, in addition to him, actors like Bollywood actress leaders Dhupia, Dimple Kapadia, Atul Kulkarni are also playing important roles.

Talking about Yami’s workfront, she is going to be seen in the film ‘Bhoot Police’. In this film, she is playing an important role with Arjun Kapoor, Saif Ali Khan and Jacqueline Fernandes.