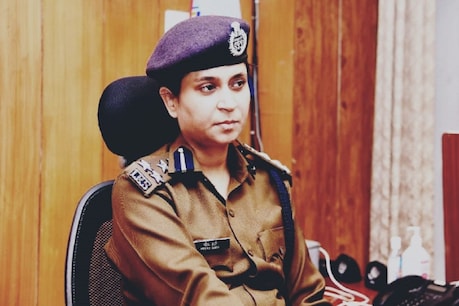 In this case, if anyone’s mistake comes to the fore, he will not be spared.

Sahaspur The negligence of the police is coming to light in the kidnapping and murder of a five-year-old child in Sahaspur of Dehradun (Dehradun). On which DIG Garhwal Neeru Garg has issued an order for investigation. Neeru Garg says that strict action will be taken if there is any shortage of police in the case. It is being told that if the police had taken action in the whole matter in time, then perhaps the innocent’s life could have been saved. On which now DIG Garhwal Neeru Garg has asked for a detailed report of the entire development from the district.

What was the incident?
According to the police, the innocent had gone missing while playing at around 5:30 pm. An hour after that, that is, at about half past six, the police was informed and an hour later at 7.35, the kidnappers had also called for a ransom of 10 lakh rupees. But even then, the police gave the report to the higher officials with delay. DIG Garhwal Range Neeru Garg said that if the call for ransom was received at seven and a half hours, the police should have taken it seriously. According to the kidnappers, they strangled the child in the night and killed him. In such a situation, the police had a lot of time. If the police had come into action immediately, the accused could have been caught. He told that the incident is unfortunate. A complete detail report has been sought from the district at what time the child was abducted. At what time did the ransom call and when the accused killed the child. In this case, if anyone’s mistake is revealed, then he will not be spared.

Confesses to throw the dead body in DeobandLet me tell you, on March 9, the five-year-old son of grocery businesser Pappu Gupta, resident of Shankarpur, disappeared from outside the house at around 5.30 pm. About two hours later, Pappu Gupta’s call came for the kidnapping of the son and a ransom of ten lakh rupees. After this, the police reached the spot and started the investigation. On Wednesday morning, the police arrested two, including the accused Anis Salmani. During interrogation, both of them confessed to killing the child after kidnapping and throwing the body in Deoband.