New Delhi. There is a lot of good news for those who go home on Holi. Budget airline company SpiceJet on Saturday announced an expansion in its domestic network. The company is going to start new direct flights on 28 March this month. SpiceJet said it will add 66 new flights to its domestic network on March 28, including additional services on multiple routes. Let us know that on March 29, the festival of Holi, in such a large number of people going home, will get relief.

Connectivity between metro and non-metro cities will increase
These new flights, operated with Boeing 737s and regional jet Bombardier Q400s, are aimed at increasing connectivity between metro and non-metro cities. SpiceJet Chief Commercial Officer Shilpa Bhatia said that the company is expanding domestic routes further and has decided to add 66 new flights to the network of SpiJet to start this summer schedule. Shilpa says that as the largest regional operator in the country, the new flights are committed to increasing the regional connectivity of the company.

Also read- Alert: Customers of these 8 banks should note … The old checkbook will not run from April 1, contact the bank immediately.New flights for these routes

The airline said in its statement that the demand for travel from small cities has increased significantly. Initially, some new flights were added by SpiceJet under the UDAN scheme, which received quite a good response. Explain that the airline has started new flights connecting Darbhanga, Durgapur, Jharsuguda, Gwalior and Nashik with some major metro cities. The airline will start new flights to Ahmedabad-Darbhanga-Ahmedabad, Hyderabad-Darbhanga-Hyderabad, Pune-Darbhanga-Pune and Kolkata-Darbhanga-Kolkata. Earlier, the company had connected Darbhanga to Mumbai, Delhi and Bengaluru. Similarly, Durgapur will now connect with Pune. Jharsuguda will now be connected to Chennai in addition to Delhi, Hyderabad and Kolkata. Whereas Gwalior, which was earlier connected to Hyderabad, Jammu, Bengaluru, Kolkata, Ahmedabad and Delhi, will now also be connected with Pune. After connecting Nashik to Delhi, Hyderabad and Bengaluru, SpiceJet will now connect the city with Kolkata as well. The airline said that Pune would first be connected to Darbhanga, Durgapur, Gwalior, Jabalpur and Varanasi. 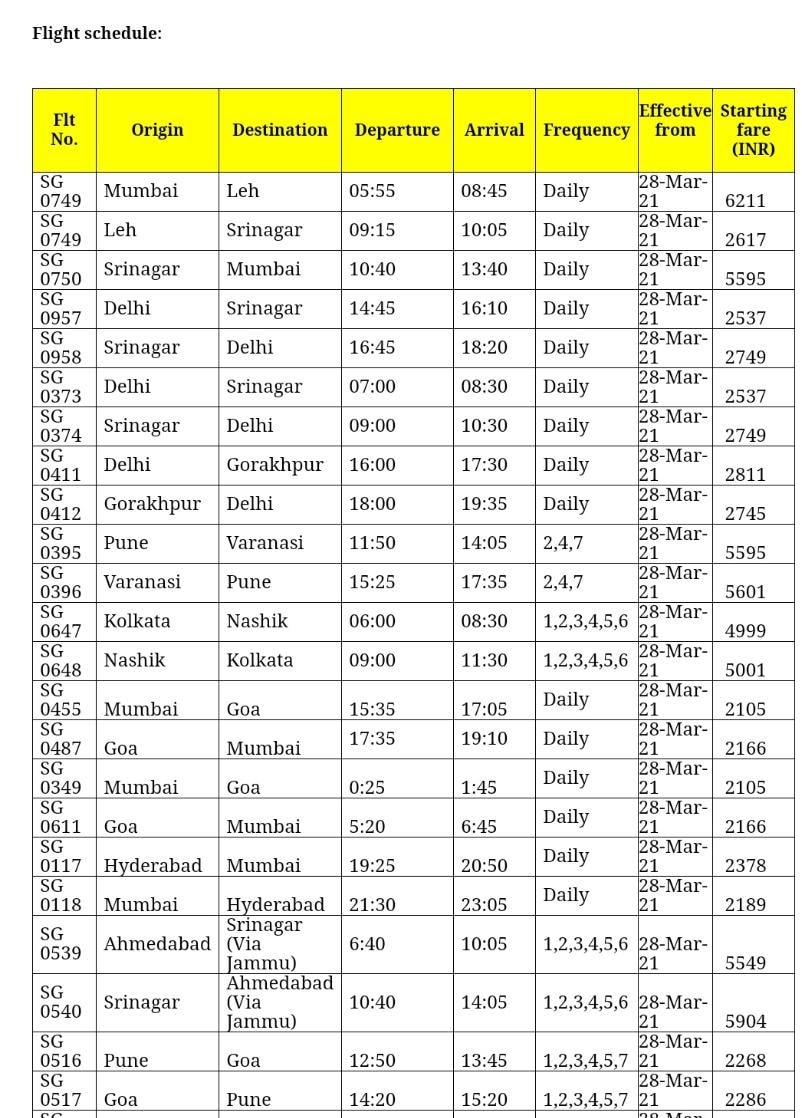 Also read- You will get another great opportunity to earn on Monday, know these 8 key things before investing

Daily flights service on these routes