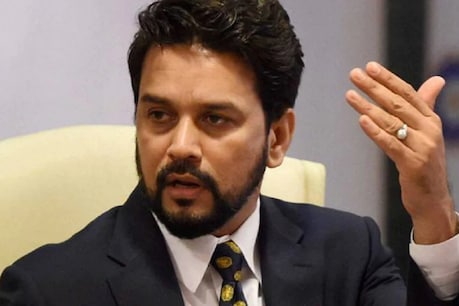 New Delhi. Minister of State for Finance Anurag Thakur has said that V shape improvement has started showing in the Indian economy. He said that there are signs of improvement in the economy. Explain that the improvement of V shape means rapid recovery of the economy after a sharp decline.

FPI of Rs 25,787 crore in February
In a virtual conclave organized by the Institute of Actuaries of India, Thakur said, “V-shaped improvement is already visible in India.” The situation in various areas is improving. In February, an FPI (Foreign Portfolio Investors) of Rs 25,787 crore has come.

GDP growth in the third quarter was 0.4 percentAfter a steep decline in two consecutive quarters, the Indian economy has recorded a positive growth of 0.4 per cent in the October-December quarter. Significantly, India’s GDP had recorded a decline of 24 percent during the first quarter (April-June) and 7.5 percent in the second quarter (July-September).

Thakur said that the country’s foreign exchange reserves are constantly increasing. In January 2021, it reached its all-time high of $ 590 billion. He said that the foreign exchange reserves have increased by 100 billion dollars during the last eight months. The Minister of State for Finance said, “It is a sign of trust. Global funds and investors see India as an investment destination. They are positive about India’s growth story. ”