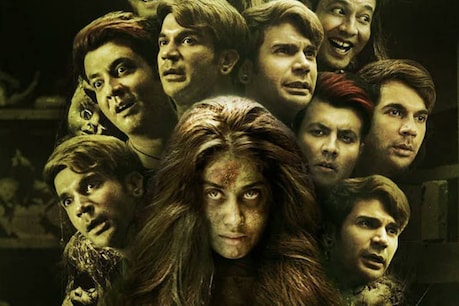 Ruhi was released in the cinema hall on March 11.

The film ‘Roohi’ was released on 11 March. Rajkummar Rao, Janhvi Kapoor and Varun Sharma played the lead roles in the film.

New Delhi Rajkummar Rao and Janhvi Kapoor’s film Roohi did wonders on the first day in terms of box office collection. The film was liked by the audience. After the big bang on the first day, Roohi’s magic did not work at the box office (Roohi Box Office Collection Day 2).

It is expected that Ruhi’s earnings may increase on weekends. The film did a business of 3.06 crores on the first day, on the second day its total earnings will be 4.50-4.75 crores. After the lockdown, this earning is considered to be quite good, because after a long time, a Bollywood film has earned so well at the box office. Ruhi’s box office collection has seen the biggest decline in Delhi-NCR and Gurgaon. Whereas on the first day, the film received a very good response from these places.

Corona’s growing cases in Maharashtra have had an impact on the box office collection of ‘Roohi’. Others are still opening cinemas in many states with 50 percent capacity. This also has a big impact on the film’s earnings. If compared to the box office collections before the Corona epidemic, these numbers are quite low. The story of Roohi is that of a witch who keeps an eye on the wedding house. As soon as the bride is asleep, she takes the bride with her. Rajkummar Rao and Varun Sharma take the responsibility to drive this witch away. Both kidnap Jahnavi and use various tricks to witch the witch from inside him. ‘Roohi’ is directed by Hardik Mehta, which is a sequel to Rajkumar Rao’s film ‘Stree’.