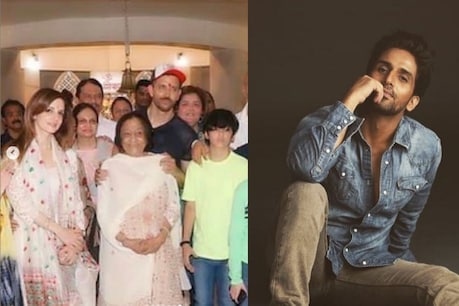 Mumbai: Bollywood actor Hrithik Roshan’s wife, wife Sussanne Khan, is often in the news and now the new news about her is very shocking. According to media reports, Suzanne Khan’s heart has come on Ali Goni’s brother Arslan Goni. Suzanne is dating Arslan Goni, the elder brother of ‘Bigg Boss 14’ contestant Ali Goni. Suzanne and Hrithik were married in 2000 and have two children, Ridan and Rihan. Both had divorced from each other after 14 years of marriage.

The news of the affair of Suzanne Khan and Arslan Goni has not been publicly disclosed yet. According to media reports, Suzanne and Arslan have been dating each other for the last 6 months. They have been spotted with each other several times. After divorcing Hrithik, Suzanne is living separately with her children. Although both of them have been seen spending time together with children many times. There was also news of staying with Suzanne and Hrithik during the lockdown between the Kovid 19 pandemic. But now with the news of the date with TV actor Arslan Goni, it has become clear that Suzanne has now moved forward in her life.

According to media reports, Arslan Goni and Suzanne Khan’s closeness has been increasing in the recent past. Both of them have been seen hanging out together many times. Both the sources have known each other for more than six months. They met through a common friend.

Let us tell you that before getting married, Suzanne Khan and Hrithik Roshan dated each other for almost 4 years. However, the marriage of these two was able to last. According to media reports, Hrithik paid a huge amount of Rs 380 crores in the form of alimony when he separated from Suzanne.