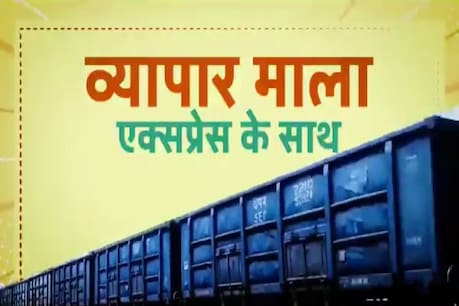 Indian Railway: For the convenience of small and medium businessmen, the Railways ran the first Vyapar Mala Express from Kishanganj in Delhi to Jirania in Tripura.

New Delhi. Indian Railways has made many records. In this series, the railways have now run the first business of Vyapar Mala Express from Kishanganj in Delhi to Jirania in Tripura. The freight train has covered a distance of 2360 km in just 68 hours. This initiative of the railways will make it easier to deliver goods to the northeastern states. Let us tell you that sending goods from any part of the country to the northeastern states is a big challenge. It took 10-15 days to send goods from Delhi to Tripura by road.

Crores of people will get help in employment
Indian Railways has made commendable efforts to help small and micro enterprises that provide employment to crores of people in the country. If you do not have complete luggage for a train, you can still use this express facility to send goods.

Railways tweeted
Indian Railways has given information about this in a tweet. Railways says that the first Vyaparmala Express train has been run from Kishanganj in Delhi to Jirania in Tripura. This can prove to be a great opportunity for small and medium businessmen.

Convenience to the small trader even when the load is low
This train load of Indian Railways is providing facilities to small traders even when it is reduced. With this initiative, they can send their consignments in a cheap and convenient manner in a short time.