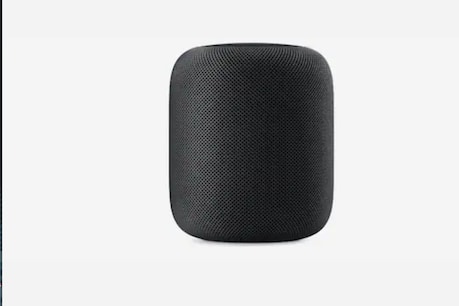 Apple has given a warning to all of them to close their big gadgets within a week. A few days ago, Apple had talked about cutting the production of iMac Pro, one of its most powerful systems.

New Delhi. Apple recently made one of its most powerful systems announced the closure of iMac Pro. There now Apple has once again asked for the closure of one of its latest gadgets. According to information Apple HomePod is also going to shut down Smart Speaker. The company according to the report by Tech Crunch By discontinuing HomePod Smart Speaker, it will now do its own phase on HomePod MIni Smart Speaker which was launched by the company last year. While HomePod’s sound quality is better than HomePod MIni. Apple has announced the closure of two big products in the last one week.

Apple about this Tech Crunch has told that HomePod Smart Speaker will be available at Apple Store and Retail Shop till this supply is over. However, the company will still get its updates and services at Apple Store. Still these two colors are available in space gray and white color. in India The price of HomePod is 19000 rupees. There are woofer, amplifier, and seven tweeters, while it has six microfen so that Siri can be given the command remotely.

Also read – iPhones are getting very cheap in Apple Days Sale, get huge discounts on other products too

IMac Pro was discontinued a few days ago

It is known that a few days ago, Apple had also said to stop the production of iMac Pro, one of the most powerful systems. But still people want to buy this All in One Mac right now, they have some time. Apple will sell it on its website for a few days for $ 4999, but only until the stock is over. Once the sale is done, it will no longer be a repeat production. This was said by Apple on CNN channel.

Also read – Before buying a new mobile phone, please check these things, to know if the phone is real or fake

Apple launched iMac Pro in 2017. It was also recognized on the tail of the most powerful Mac of the time. This all in one computer was specially made for such creative professionals, who used to work on 3D graphics. Anyway, the company has not made any major changes in this Mac in the last few years.