Ranbir Singh is the owner of Mumbai City FanCalb and his mother was present in the field to celebrate this victory. Neetu shared the photo of the celebrations of this victory on Instagram, while actress Alia Bhatt expressed her happiness by commenting in it. At the same time, Riddhima Sahni, sister of Ranbir Kapoor, also posted a dancing emoji on the photo. Fans also looked very happy in their star’s victory. Actress Alia Bhatt has been missing her since Ranbir was a corona. Alia shared a picture on her Instagram and wrote that she is missing a lot. In this picture of Alia, two hands are showing, one is his and the other is probably from Ranbir. Fans are very fond of this photo of Alia. 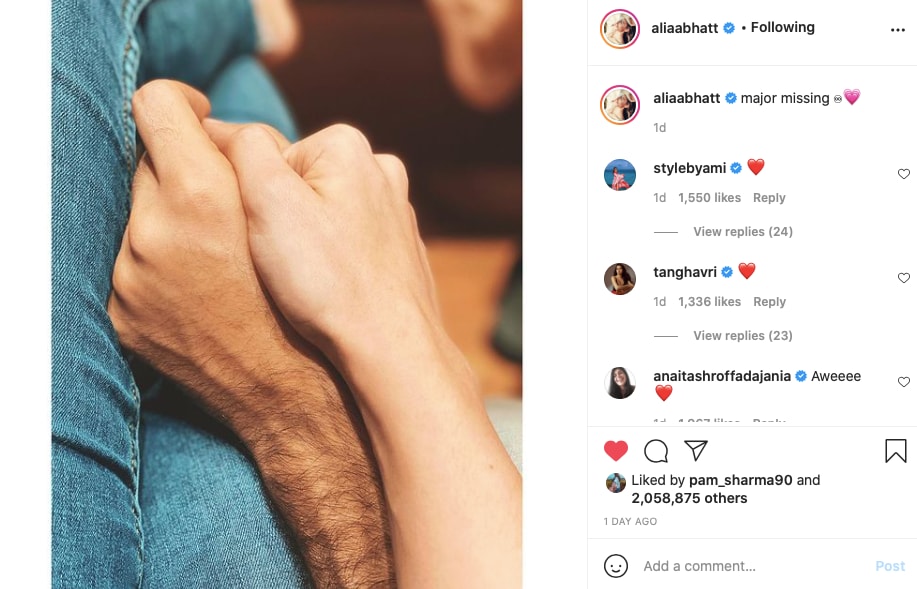 There is good news for Alia’s fans that their report has come negative. (Instagram @AliaBhatt)

Let us know that after Ranbir Kapoor and Sanjay Leela Bhansali being corona positive, actress Alia Bhatt also did the Kovid test. There is good news for Alia’s fans that their report has come negative. Alia Bhatt quarantined herself after the Corona report of boyfriend Ranbir Kapoor and Sanjay Leela Bhansali came back positive. Neetu Kapoor wrote in her post that thank you for all your concerns and wishes. Ranbir’s Kovid-19 test has turned positive, he is taking its medicines and his condition is improving. Ranbir has become self-quarantined at the moment and is taking all kinds of precaution about it.