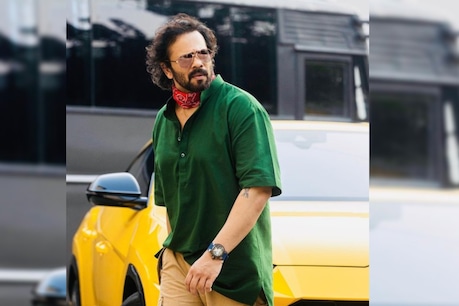 Bollywood’s action director Rohit Shetty is celebrating his birthday today (14 March). It has been 48 years. Rohit Shetty is a big Bollywood director and producer. Learn unheard tales on your birthday.

Mumbai: Bollywood’s action director Rohit Shetty is celebrating his birthday today (14 March). It has been 48 years. Rohit Shetty is a big Bollywood director and producer. His next film is ‘Suryavanshi’. In this film, three Bollywood superstars Akshay Kumar, Ajay Devgan and Ranveer Singh will be seen. The fans of Rohit Shetty hope that this film of theirs will also be a superhit. Prior to this, he has made hit films like ‘Singham’, ‘Chennai Express’ and ‘Golmaal Series’.

Rohit Shetty was born on 14 March 1973 in Mumbai. Rohit Shetty’s father MB Shetty was an action choreographer, stuntman and actor in the film industry. At the same time, his mother Madhu worked as a junior artist in films. Rohit Shetty has two brothers, Uday Shetty and Hriday Shetty. Apart from this, he has 4 sisters. Rohit did his studies from St. Mary’s School in Mumbai. From childhood, Rohit Shetty had more interest in films than studies.

When Rohit Shetty was 14 years old, he had decided to become a director. At the age of 17, Rohit worked as assistant director in Ajay Devgn’s film Phool Aur Kaante along with director Kuku Kohli. After this, he continued to work as an assistant director for 13 years. Rohit Shetty, who has given series of superhit films like ‘Golmaal’, has been the spotboy of heroines like Tabu and Kajol. Director Rohit Shetty used to press Tabu’s sarees in the 1995 film ‘Haqiqat’.

Very few people will get an idea of ​​how much salary Rohit Shetty used to get in the early stages of his career. Rohit used to get only 35 rupees for working a day. But with determination and hard work, he achieved a special place. Rohit Shetty is known for his powerful action films. He is soon bringing the film ‘Suryavanshi’ with Akshay Kumar.