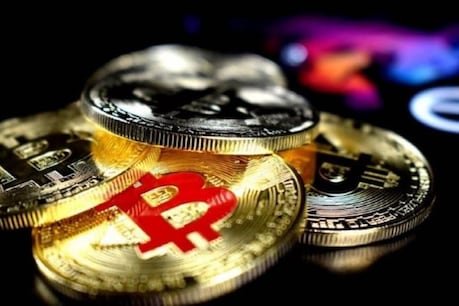 Bitcoin is a kind of digital money.

Bitcoin has become the world’s largest cryptocurrency with a market capitalization of around $ 350 billion. It was launched in 2009, when the economic crisis had come in the world.

New Delhi. The cryptocurrency has again broken records. On Friday, the digital currency created a new all-time high of $ 60,000. The value of one bitcoin has risen to Rs 43.85 lakh in Indian currency in cryptocurrency. At present, the cryptocurrency bitcoin is growing rapidly. Big investors are immediately turning to it for profit, due to which its price is going to boom. Let me tell you that in December 2020, the price of bitcoin had crossed the level of 20 thousand dollars.

271 percent jump in a year
Bitcoin reached a high of 60,000 during trading at Binance, the world’s largest cryptocurrency exchange. In the last 24 hours, it has seen an increase of more than 8 percent. In just one year, this cryptocurrency has seen a jump of 271 percent. According to estimates, there are about 50 to 6 million Bitcoin users in India at this time and in the coming time it may see a further rise in its prices.

Market experts believe that by 2030 the price of bitcoin can reach 1 crore rupees. CoinDCX CEO Sumit Gupta said that bitcoin prices could see a further rise in 2021 due to the rise in demand. Bitcoin prices will increase further in 2021, due to a spurt in demand.

Explain that cryptocurrency is a digital currency, which is based on blockchain technology. The encryption technique is used in this currency. Through this technique, the transaction of currency is completely audited, due to which it is very difficult to hack. This is the reason that the possibility of fraud in cryptocurrency is very less. The operation of cryptocurrency is independent of the central bank, which is its biggest drawback.

Read also – Market movement will be determined by Fed Reserve and Economic data, know how will the Sensex-Nifty situation?

Know how to trade bitcoin?
Bitcoin trading is done through digital wallet. The price of bitcoin remains the same all over the world at one time. That’s why its trading became famous. The price of bitcoin keeps on decreasing according to the activities of the world. No country determines it, rather it is a currency to be digitally controlled currency. There is no set time for bitcoin trading. Its price fluctuations are also very fast.