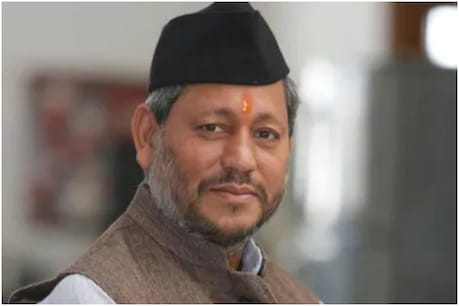 The party’s state media in-charge Manveer Singh Chauhan said that there has been no discussion in the party about Chief Minister Tirath Singh Rawat contesting the election. (File photo)

The Doiwala seat in Dehradun may be a good alternative to Tirath Singh Rawat, given the prospects of calling former Chief Minister Trivendra Singh Rawat.

Dehradun. After becoming the Chief Minister of Uttarakhand, now a big challenge in front of Tirath Singh Rawat is to become a member of the Legislative Assembly within six months. Although the Salt seat vacated by the death of BJP MLA Surendra Singh Jeena in Kumaon region may be an option for him, but sources close to the Chief Minister believe that he would prefer to contest from the Garhwal region itself. . The Kumaoni and Garhwali leaders mostly contest elections from their own regions in view of the regional division in Garhwal and Kumaon. A lot of speculation has started about the Chief Minister’s election from now and it is believed that he can reach the assembly by contesting any seat in Dhanaulti, Raipur, Doiwala.

Will work to ensure the victory of the party
However, state media in-charge of the party Manveer Singh Chauhan said that no discussion has been held in the party about Chief Minister Tirath Singh Rawat contesting the election. He said that at the moment there is no discussion even about the Chief Minister’s fight in the Salt by-election. At present, no notification has been issued for the by-election from the Salt Assembly seat. Jeena, who was an MLA from here, died on November 12, 2020 and according to the rules, it is mandatory to hold elections on this seat within six months. Chauhan said that for the by-election on the Salt seat, the BJP has formed a three-member committee under the leadership of cabinet minister Yashpal Arya who will go to the area and work to ensure the victory of the party.