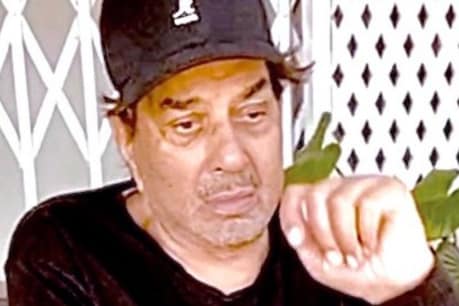 Dharmendra (Dharmendra) wrote something with an old picture that people started worrying. People were forced to think about what he is worried about.

Mumbai. Bollywood veteran Dharmendra (Dharmendra) is very active on social media. He keeps sharing his videos and throwback pictures on social media. Recently, he wrote something with an old picture of him that people started worrying. People were forced to think about what he is worried about. After seeing dismay on Dharmendra’s tweet, his fans started knowing his condition.

Dharmendra (Dharmendra) is very fond of Shero-Shayari. He often tweets in poignant style. Recently, he shared a black and white photo, this picture is during his youth. With this picture, he tweeted – ‘Sharoor nahi aaya to simplicity, my life … I have suffered for a long time … Sahata hi aaya’. This tweet from the actor is not only surprising the fans. His fans are also compelled to think what has happened to the actor that he is so upset. One user has written – Your own person has made me sick, I have found love with others. Now Dharmendra reacted to this tweet of the fan too. He wrote- ‘Why does this happen Sarabjit … moving on and on, wanting to keep on moving …’ A fan, looking at his picture, wrote, ‘How can someone be so loving. Rightly said Dharam ji, it is absolutely you, you are a straightforward love person. Fans are also requesting for their good health. There are many other reactions to the actor’s tweet on social media. If someone is giving courage to an actor, then someone is trying to understand the meaning of his poetry.

Let me tell you that in the last month also, the actor had made a similar tweet, where his sadness was clearly visible. Then the actor wrote – I am not worthy of your love. Sharif is just you people. I laugh, make others laugh. But then I get sad. At the stage of this age, they give their own sorrows, evict them from the ground.