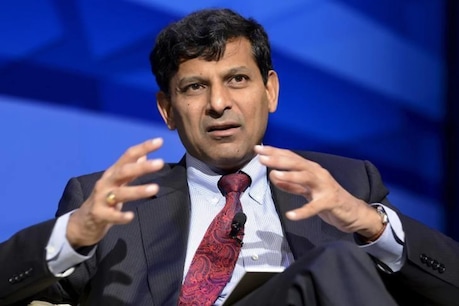 Raghuram Rajan said, “If we make a big change in this framework, it will create a risk of the bond market getting affected.”

New Delhi. The Indian economy is slowly coming out of the shock of the epidemic. In such a situation, former Governor of Reserve Bank of India (RBI) Raghuram Rajan has warned that any major changes in the framework of the country’s monetary policy can affect the bond market.

Target of 5 thousand billion dollars more ambitious
Rajan said on Sunday that the current system has helped to contain inflation and encourage growth. He said that the government’s goal of reaching the Indian economy at 5 thousand billion dollars by 2024-25 is more ambitious. He said that even before the pandemic, this goal was not carefully calculated.

The former governor said, “I believe the monetary policy framework has helped bring down inflation.” There is also scope for the Reserve Bank to support the economy. It is also difficult to imagine how we would have suffered such a high fiscal deficit if this framework had not been in place. ”He was asked whether he was in favor of reviewing the two to six per cent inflation target under the monetary policy.

Target to keep inflation at four percent
The Reserve Bank has been given a target to keep retail inflation at four per cent (up or down two per cent). The six-member Monetary Policy Committee headed by the Governor of the central bank sets policy rates keeping this goal in mind. The current medium-term inflation target was notified in August 2016. It ends on 31 March this year. The inflation target for the next five years is expected to be notified this month.

In this perspective, Rajan said, “If we make a big change in this framework, then it will pose a risk of the bond market getting affected.”

Also read- Have you not received LPG Subsidy yet? Instantly, these works will come in the account of money!