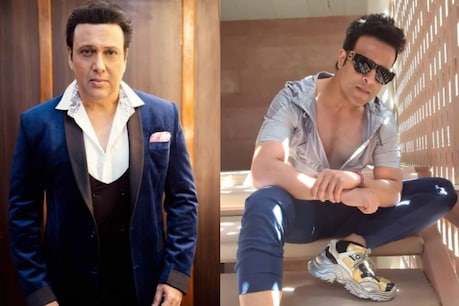 The rift between Bollywood actor Govinda and his nephew Krishna Abhishek has been going on for the past several days. In an interview, Govinda described Krishna as a good person and said that whatever he is doing, there is someone else behind it.

Mumbai. Bollywood veteran actor Govinda Ever since he reached the comedy show ‘The Kapil Sharma Show’, he and his nephews have since Krushna Abhishek A series of allegations and counter-allegations are going on. Now Govinda has openly spoken on this issue. In an interview, Govinda described Krishna as a good person and said that whatever he is doing, there is someone else behind it.

Govinda made his point during the interview with Times of India. Govinda said, ‘I don’t know who is getting them all done or else he is a good boy. They are not only having fun by doing all this, but it is also spoiling my image. Whoever is behind this wants that something is not right between us. The rift between Govinda and his nephew Krishna Abhishek has been going on for the past several days.

In fact, Krishna plays the role of ‘Sapna’ in the famous comedian Kapil Sharma’s show and for the second time on the show, when Krishna reached Govinda, Krishna was missing from the episode, after which the dispute between Govinda and Krishna increased so much that Govinda He even said that now he wants to stay away from Krishna’s family.

In one of his statements, Krishna had said that Govinda did not even come to the hospital to meet his son, who was fighting for life and death. At the same time, rejecting Krishna’s claims, Govinda said that Krishna may not have known that he had gone to the hospital with his family to see the children and that he had also met the doctor and nurse who took care of the children, But he was told that Krishna’s wife Kashmira Shah did not want any member of Govinda’s family to meet him. Govinda said that after a lot of request, he was allowed to see the children from afar and we returned home with a heavy heart Had come. He also said that he had gone to Krishna’s sister Aarti Singh’s house too, which he might have forgotten to tell in his interview. Govinda is deeply hurt by Krishna’s behavior and has said that now he wants to keep distance from Krishna and his family.