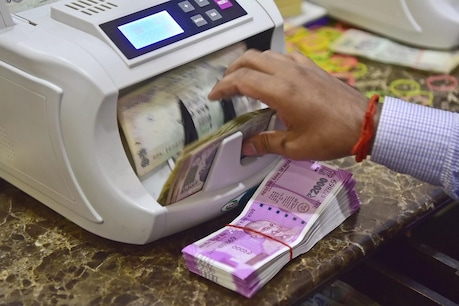 Bank loan business has seen an increase of 6.63 percent. The loan business of banks has increased to Rs 107.75 lakh crore this year.

New Delhi: Bank loan business has seen an increase of 6.63 percent. The loan business of banks has increased to Rs 107.75 lakh crore this year. During this period, deposits with banks increased by 12.06 percent to Rs 149.34 lakh crore. This information has been provided by the data released by the Reserve Bank. During the fortnight ended February 28, 2020 last year, the loan given to customers of banks was Rs 101.05 lakh crore and the deposits with them stood at Rs 133.26 lakh crore.

Also read: Bank Strike: The strike will continue till March 16 in these government banks of the country, including SBI, know why …

What is the market expert saying?Experts say that due to the increase in retail loans, the total loan business of banks has increased. In a report released on March 5 by MK Global Financial Services, the retail lending of banks will increase further. Right now this increase is nine percent.

Such a deposit in the first 9 months
Let us tell you that in the first nine months of the current financial year, the growth of loans of banks has been 3.2 percent. During this period, there has been an increase of 8.5 percent in the deposits of banks.

Also read: Haven’t you got LPG Subsidy yet? Instantly, these works will come in the account of money!

Banks review every quarter
Let us tell you that the banks review the rates of their loan every quarter, after which the prices of interest rates are increased or cut. Recently, many banks have cut their home loan, after which Kotak Mahindra Bank is offering the cheapest home loan in the market at this time. Kotak is paying 6.65 percent interest to its customers.