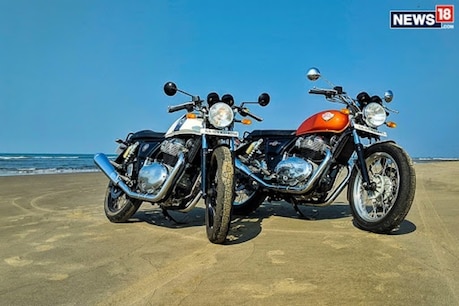 Many new Royal Enfield bikes will be launched soon.

The new Royal Enfield 350 bike is being eagerly awaited. This bike is included in the best-selling bikes of Royal Enfield. At the same time, the company has prepared its update version on the J1-349 motor platform.

New Delhi. Royal Enfield, the country’s most powerful bike company, is going to launch many new bikes soon. Which will be the updated version of some old bikes and some completely new bikes. These Royal Enfield bikes have been spotted on the road several times during testing. Due to which some information about these bikes has been revealed. Let’s know which new bikes Royal Enfield is about to launch and by when it will be launched.

Also read: Honda cars are getting a discount of up to Rs 32,527, know the full offer

Royal Enfield Hunter – Royal Enfield can introduce its new bike Hunter in the market by next year. However, no information about this bike could be found right now. According to the information, this bike will be based on retro classic style. The company will use the engine of 350 capacity in this bike. It will be even more compact than the current Classic 350 model.Royal Enfield Cruiser 650 – The company is also preparing to launch its new heavy cruiser bike in the market soon. Although the name of this bike has not been revealed yet, but it has been spotted during testing on many occasions. According to media reports, the company is using 648cc capacity engine in this bike, which generates power of 47bhp and torque of 52Nm. It is believed that its price will be around 3.50 lakh rupees.

Also read: Bajaj hikes the price of this electric scooter, know everything

Royal Enfield Roadster – The company may introduce the new Tweep Cylinder Cruiser motorcycle in the market next year. Recently, this bike has also been spotted during testing. It will also include some new features such as pull back style handlebar, teardrop fuel tank, split seats and alloy wheels. According to media reports, the company can name this bike as ‘Roadster’.