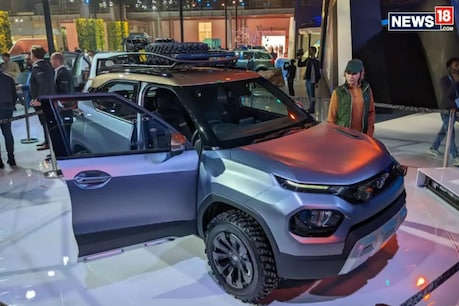 Many new SUV cars will be launched soon in the country.

Following the boom in the auto sector, Maruti, Tata and French automaker Citroën are planning to launch their cheapest SUV in India soon. Experts believe that in the middle of this year, these three companies will launch their new SUV.

New Delhi. Competition for auto manufacturers is increasing due to India’s growing auto market. In such a situation, every company keeps making good changes in the features of its cars. In such a situation, small SUV cars are coming in the price of hatchback cars. This year, many such SUV cars are going to be launched in India, which will win the hearts of the people. Let’s know about these upcoming cars.

Citroen c 21 – The French automaker may launch its new Citron C21 SUV in India this year. According to a report, the SUV will be named C21 and will replace the C1 as the company’s new entry-level model. Recently, this car was spotted during testing. The Citron SUV can use a single 1.2-liter turbo charged gasoline engine that can generate a maximum power of 130hp. The company can launch this SUV with a manual and automatic gearbox option. The price of this car is being told around 5 lakh rupees (ex-showroom).

Tata HBX – After waiting for a long time, the Tata company is now set to launch its Tata HBX. Tata has designed this car on the ALFA platform which was first seen at the Auto Expo 2020. The exterior design of this SUV is similar to Tata Harrier and Tata Safari. According to the report, the company has used the 1.2-liter natural aspirated petrol engine in the Tata HBX SUV. A 1.2-liter turbocharged petrol engine will also be introduced with it. A five-speed manual and a five-speed AMT can also be found with the gearbox. The price of this SUV will be around 5 lakh rupees (ex-showroom).Also Read: Hero MotoCorp Launches BS6 Version XPulse 200T Bike, Learn Price

Vitara Breeze – Maruti Suzuki may launch its next generation Vitara Brezza this year. The company can develop the new model of this SUV on the C-platform. The new Maruti Vitara Brezza can be used with a BSL compliant 1.5L diesel engine with a 1.5L K15B naturally aspirated petrol engine. According to the reports, the new car is expected to come with a 48V SHVS mild hybrid system. It can get some special changes in its updated model. The company can launch this SUV with 7.5 lakh rupees (ex-showroom).