Sushant Singh’s Twitter account is now deleted and there is a screenshot on Instagram, on which he has decided to distance himself from social media. Sushant has shared a screenshot of the tweet made on his Twitter handle on his Instagram, which reads, ‘I am taking a break from the social media platform. Need to reboot. ‘ 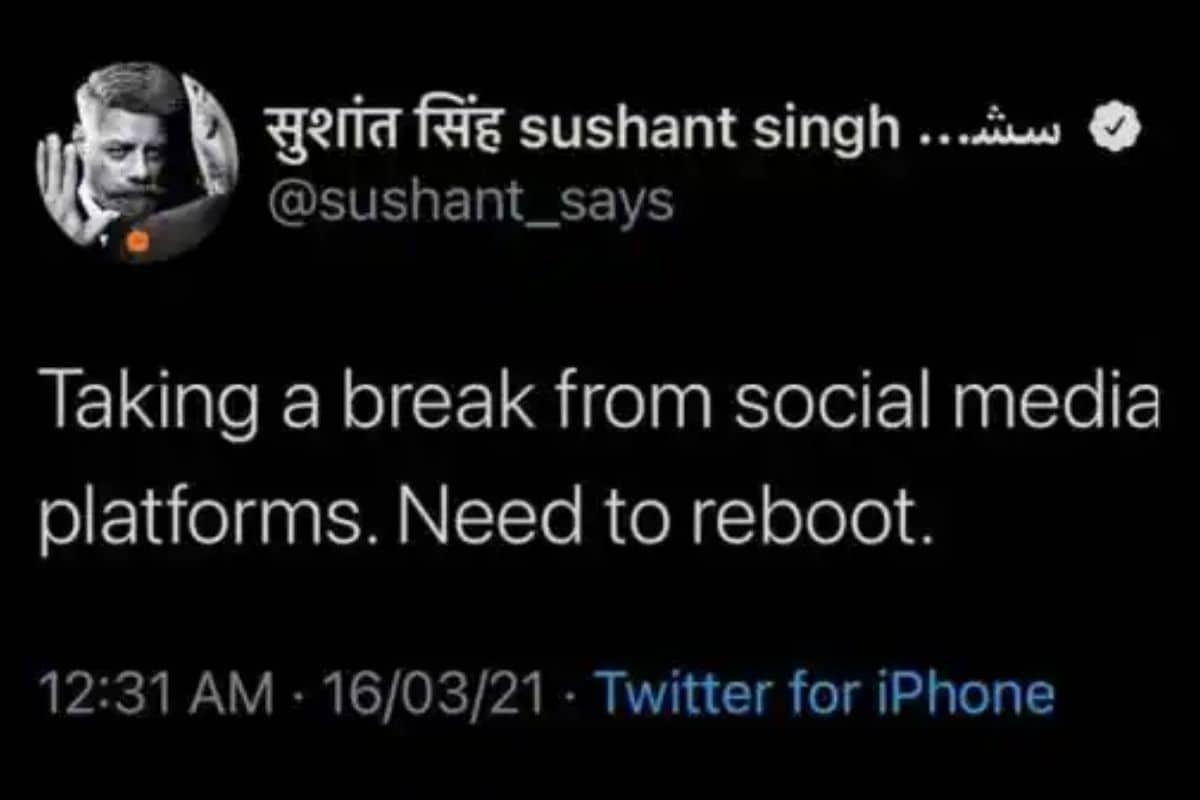 Why did the actor suddenly take this decision? His fans are eager to know this. Fans are also pleading for him to come back soon. Before Sushant, Mr. Perfectionist of Bollywood Aamir Khan has said goodbye to social media. Announcing this in the past, Aamir had earlier announced to leave social media, thanking people for their birthday greetings. Let us tell you that Sushant Singh worked in the TV show Savdhaan India and made headlines. He has also been a part of many films. The actor started his career with Ram Gopal Varma’s film Satya. After this he has appeared in films like Josh, Jungle, Doctor Babasaheb Ambedkar, The Legend of Bhagat Singh, Darna Mana Hai, Paisa Vasool, Hate Story 2, Yeh Saali Zindagi, Baby and Lipistic Under My Burka. These days Sushant is in discussion about the insistence of his new webseries victory. In this webseries, he has played the role of Colonel Ranjit Chaudhary.