New Delhi: Among Bollywood’s biggest weddings, Aishwarya Rai and Abhishek Bachchan’s wedding is definitely counted. Then there was a lot of excitement in the fans and media about their marriage. Aishwarya and Abhishek were tied in marriage in the year 2007. They are going to be married for 14 years. At this time, some unseen pictures of Aishwarya and Abhishek’s wedding are getting viral on social media. These pictures have been shared by designers Abu Jani and Sandeep Khosla from their Instagram account.

Actually, Abu Jani and Sandeep Khosla are celebrating their 33 years long journey in the designing industry. On this occasion, he has posted some pictures of Aishwarya and Abhishek’s wedding on social media. These unseen pictures of Aishwarya and Abhishek’s wedding are becoming fiercely viral. In these pictures, the entire family is seen in a designer outfit in white color. Although all the wedding photos are quite spectacular, but the photo that has attracted the most attention, is the picture of Amitabh and Shweta Nanda’s dance. 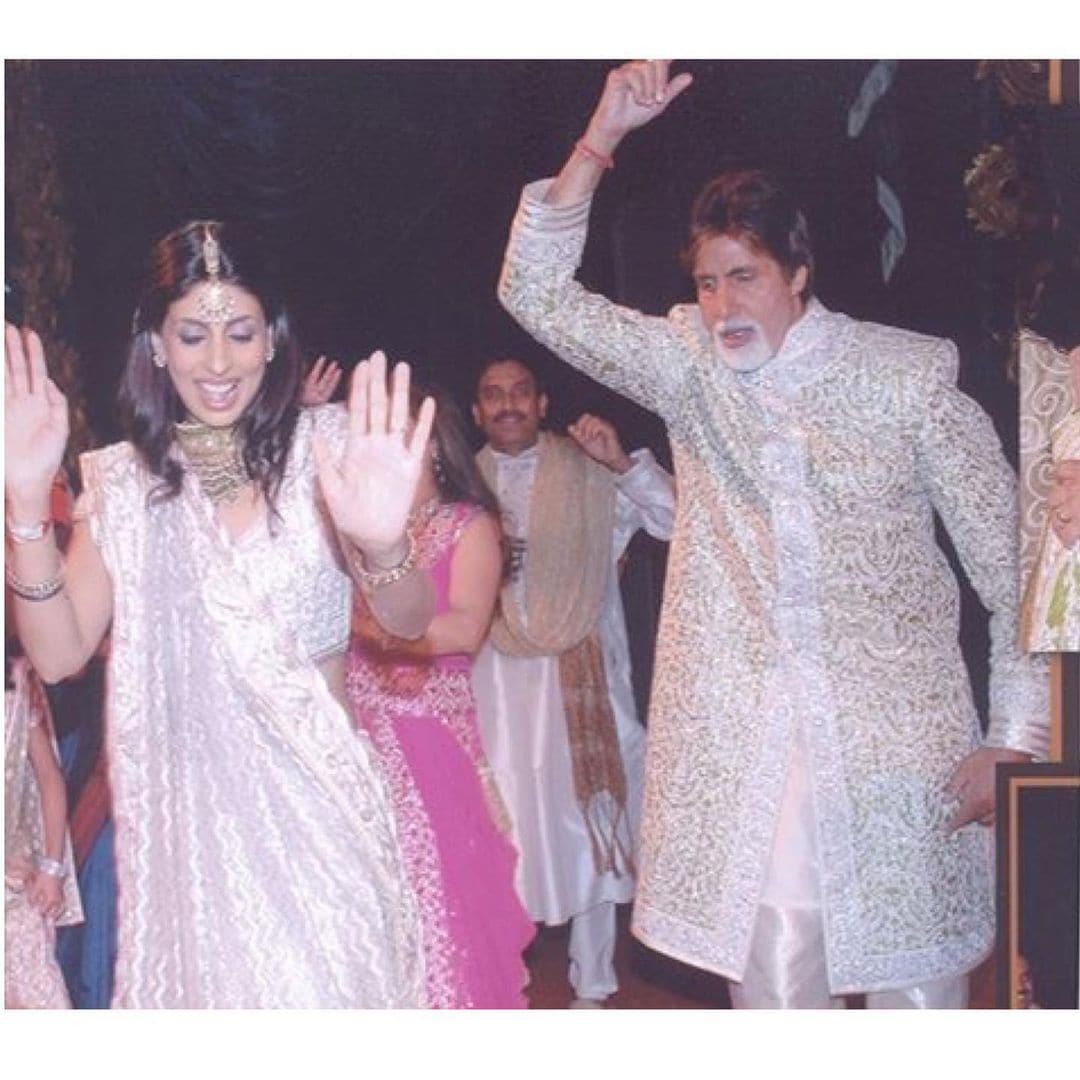 In this photo, Big B is dancing and dancing with his daughter. Amitabh and Shweta’s happiness can be gauged from the picture. Please tell that Aishwarya and Abhishek got married with great pomp on 20 April 2007. Abu Jani Sandeep Khosla has also shared pictures of Aishwarya and Abhishek’s musical ceremonies along with the wedding. Jaya and Amitabh are dancing in these photos. Sharing this photo, the designer wrote in the caption, ‘A wedding like fairy tale.’

Let me tell you that Amitabh Rumi will be seen in a very interesting character in Jaffrey directed film Face. The film is set to release on 9 April. Amitabh is also part of the mega budget film ‘Brahmastra’, whose release date has not yet been revealed. Apart from Amitabh, Ranbir Kapoor and Alia Bhatt are in the lead role. The shooting of this film is delayed. The health of the superhero has also been a big reason for this.